Nearly forgot about theses.  I have to dig out the Austrians and Prussians now; to flesh out two new companies, Border Guards!

By the way, I received the copies of IHMN and the supplement, Heroes, Villains and Thieves.  Having a lot of fun looking at the lists. 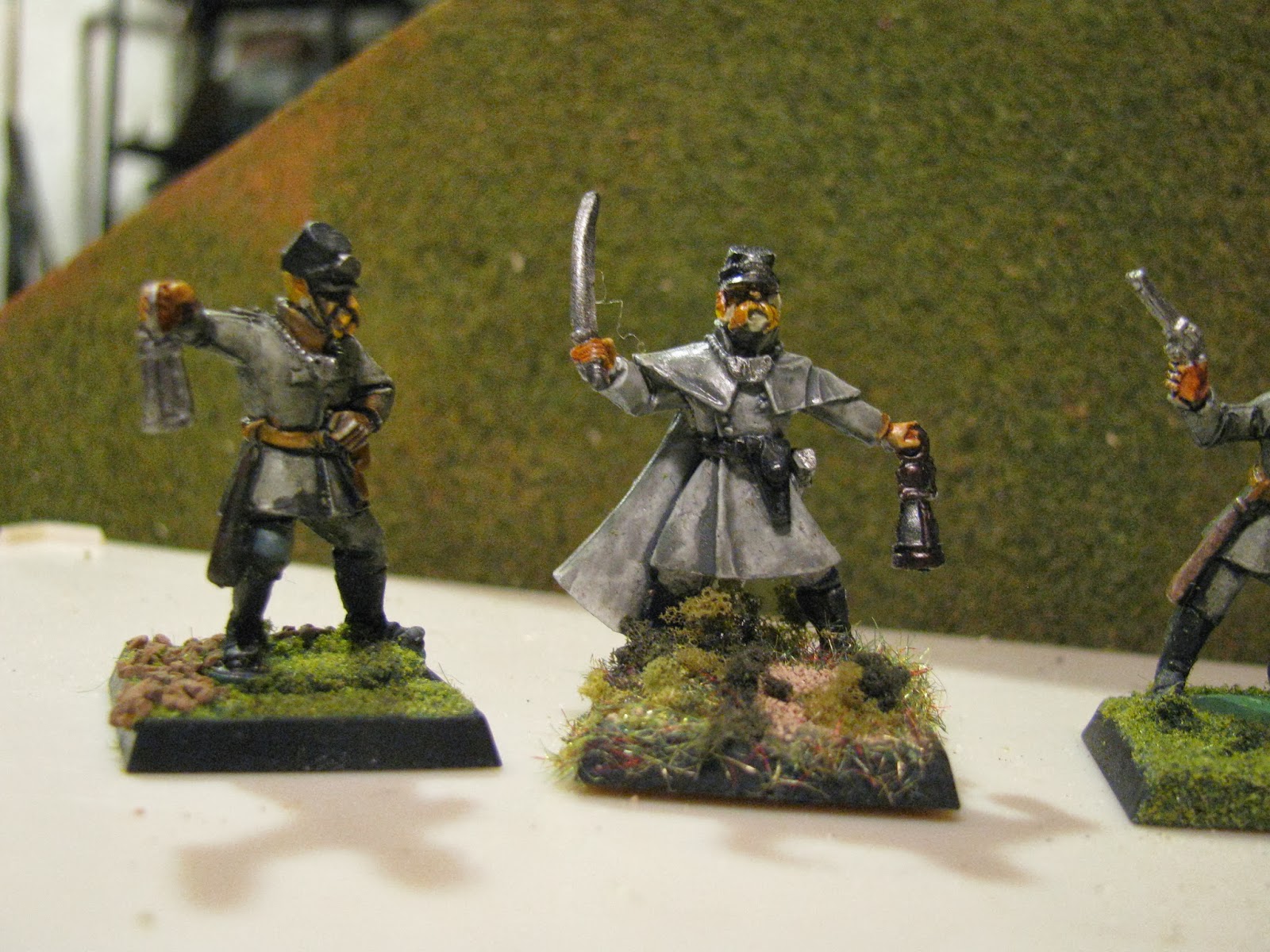 These are two packs of Vampire Hunters , Austrian and Zendarian if I remember correctly, from West Wind. 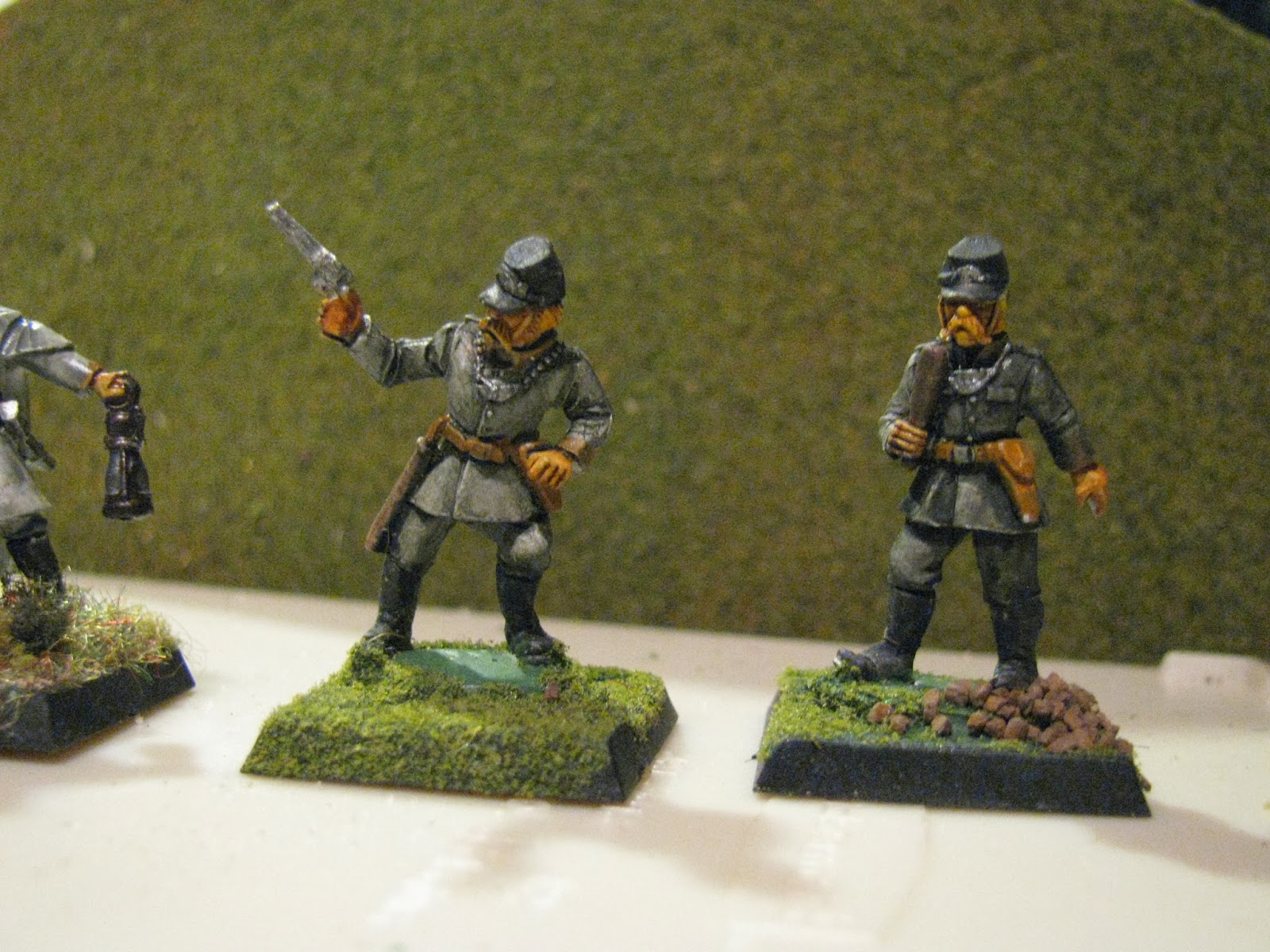 Lots of lanterns and torches for these fellow, I noticed rules for night (or at least, dark) where these could come in handy. 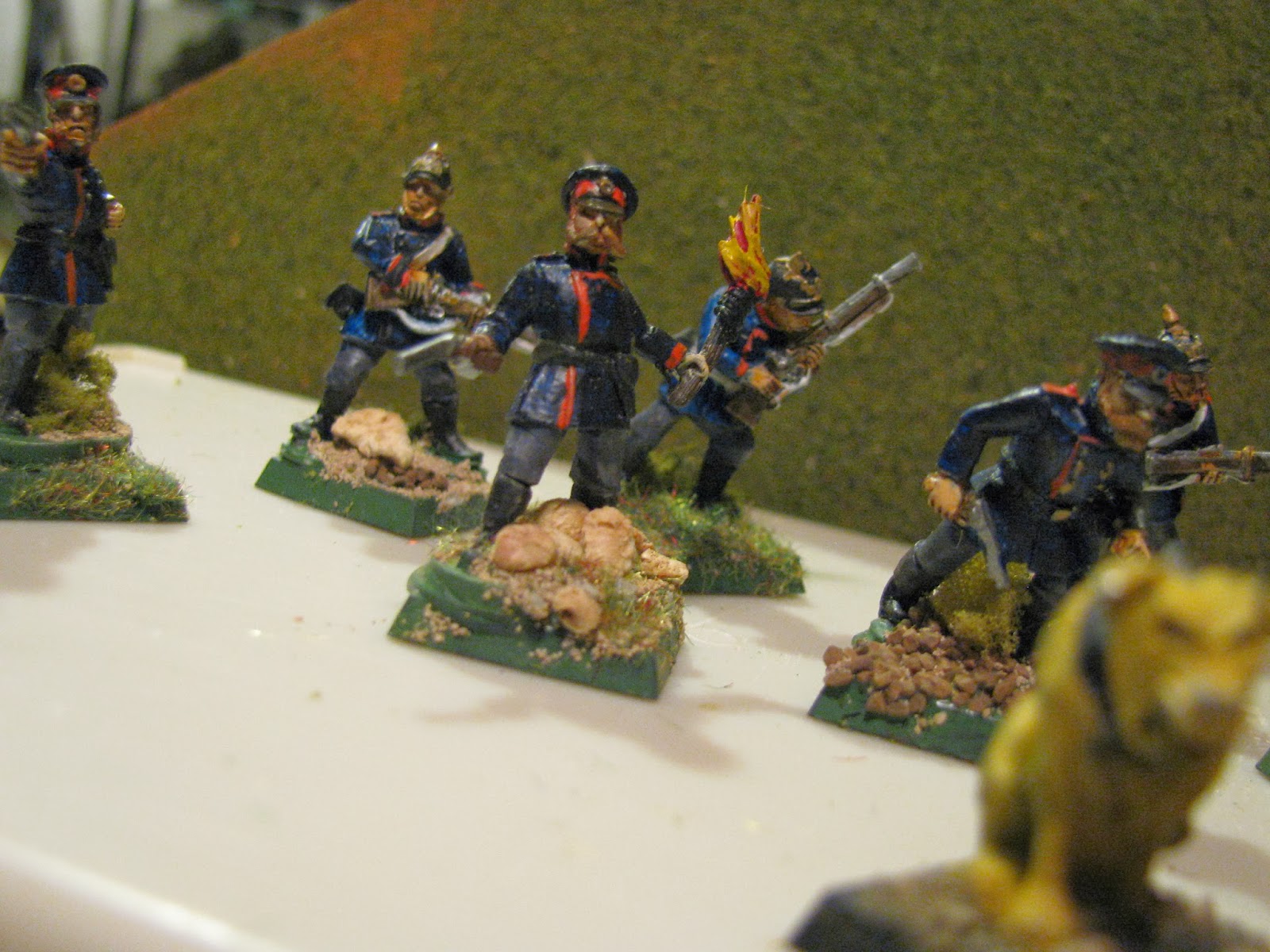 Less civilized, but easier to set things ablaze are the torches. Today is not a mail delivery day, pish tosh!

Waiting for my copy of "In Her Majesty's Name"  But it is a state holiday and there's no mail delivery.  Thank goodness the Half Door Pub was open, the boss and I got out for lunch.  After five days of each other taking turns being sick from a stomach bug, maybe that was better anyway.  " Guinness fer strength," ya know, 'n' all that. 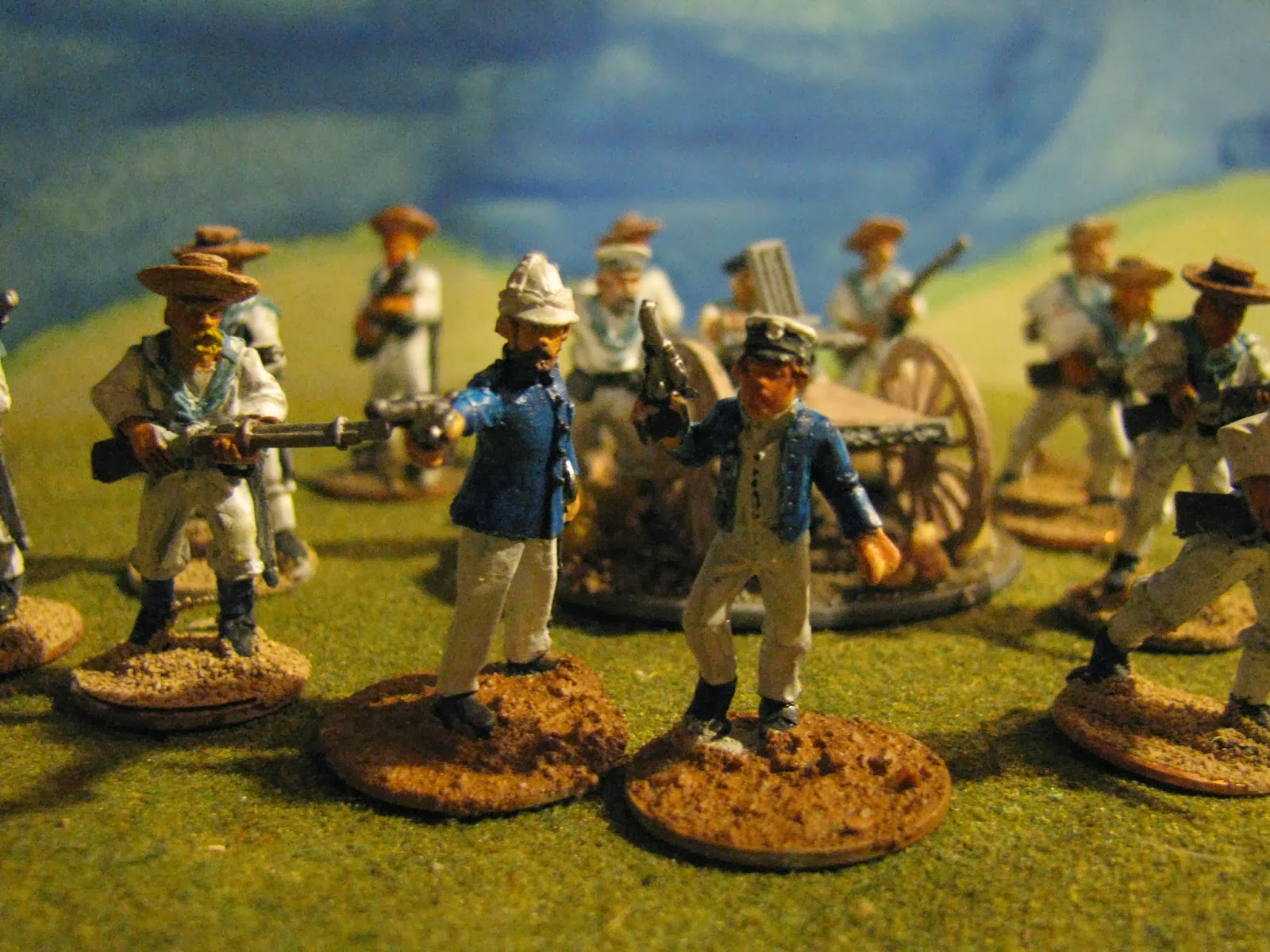 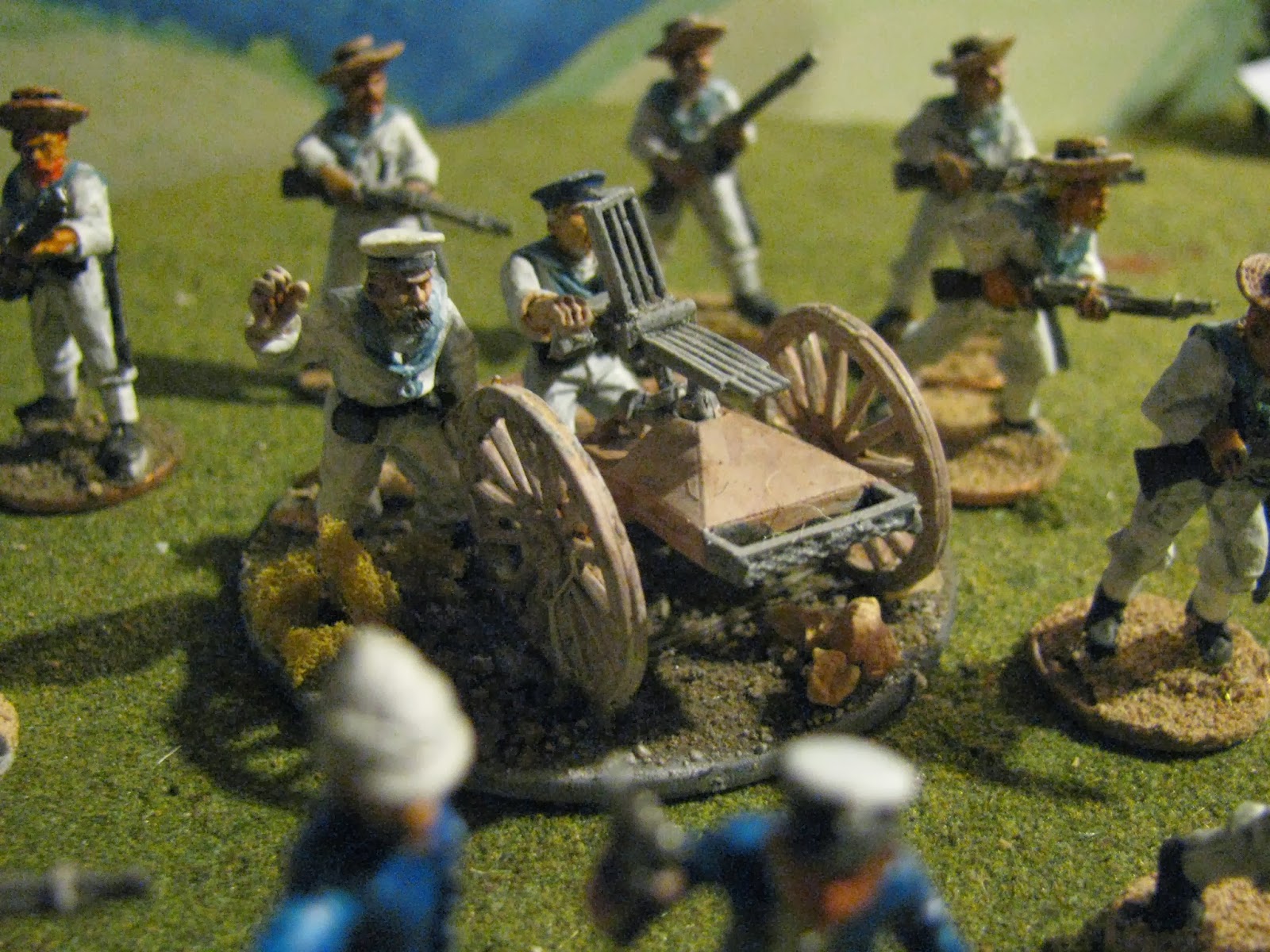 Tarzan and his Friends, 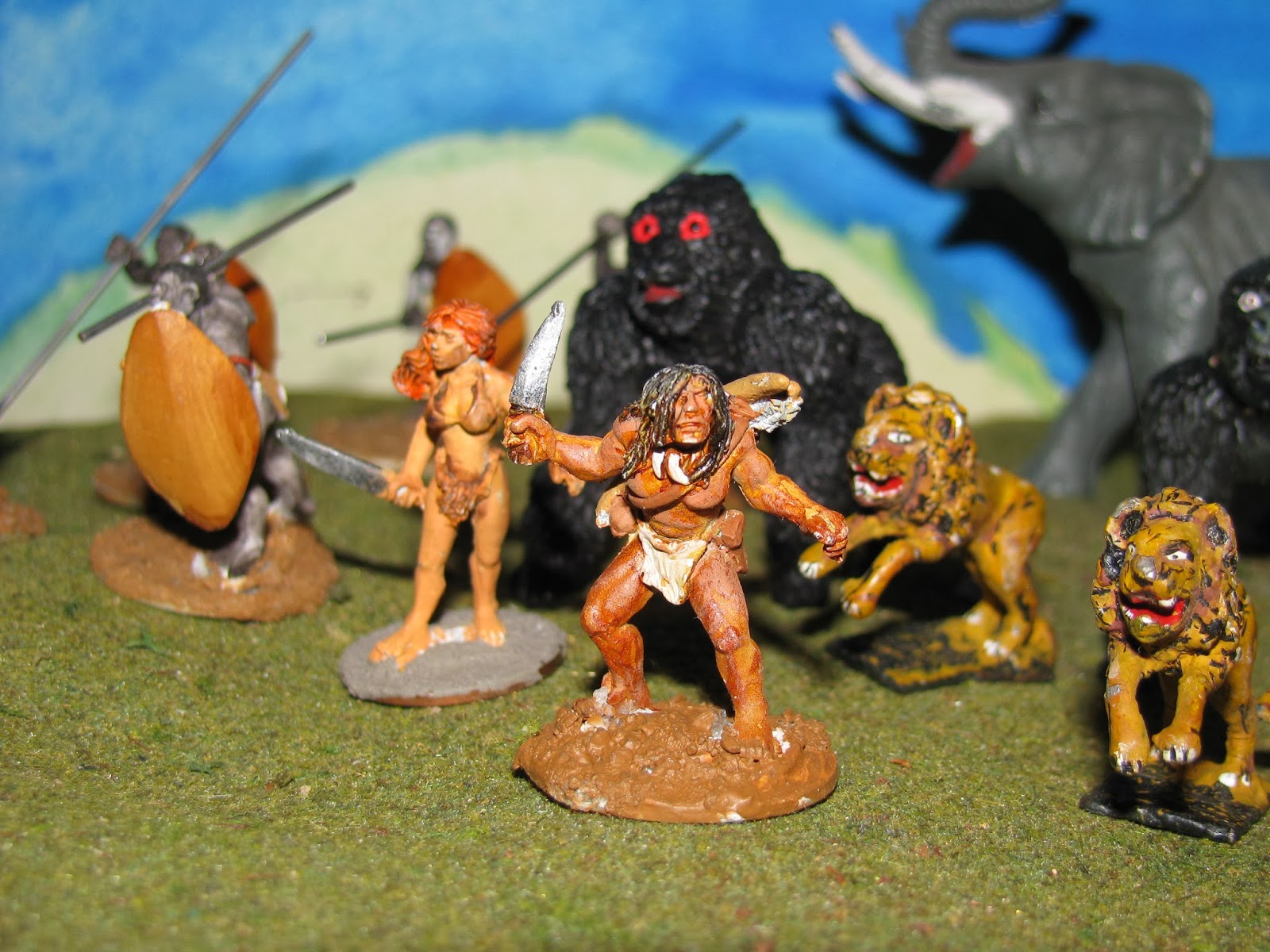 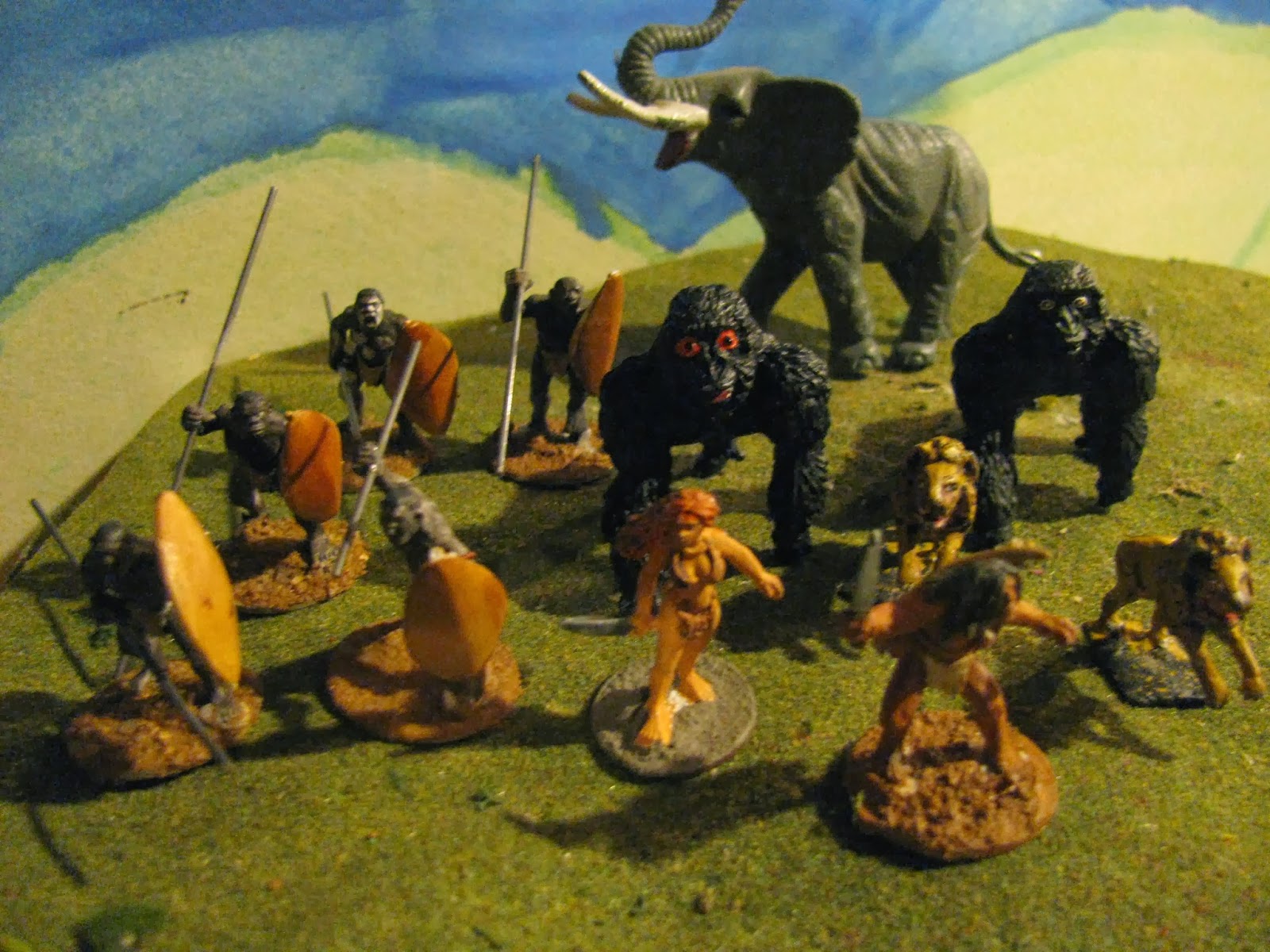 and an Apache War band !

The first two groups are even painted already.  I am sure I can also cook up a US Cavalry Patrol and 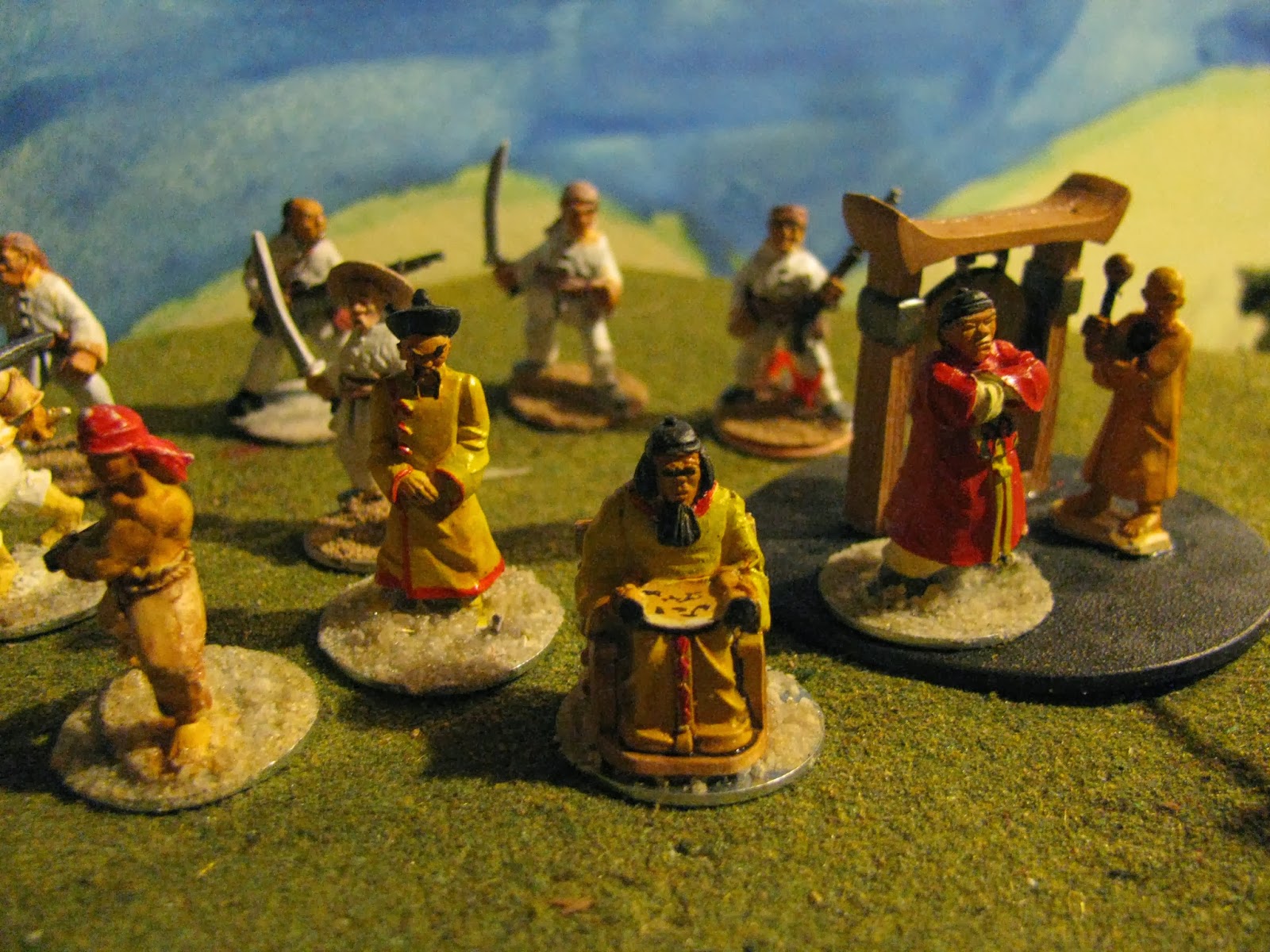 Of course, I should wait for the books and see how a campaign works before I try to get them all together on the Baja California coast.

Hmmm, where did I put that blank notebook?
Posted by pancerni at 5:15 PM 2 comments:

Well, actually  three weeks into January with no posts, but there have been a couple of sick day interludes (including one really nasty stomach bug my wife shared with me) and several weekends of projects and family birthdays.

But last night, between a lack of interest of who won the NFC and a fit of pique watching AFC New England do so poorly against Denver, I did get some figures finished.   So a couple more SCW Republicans join the ranks, the Pulp era Germans got a machine gun team and my M-K Federation fighter stands got a repair session. 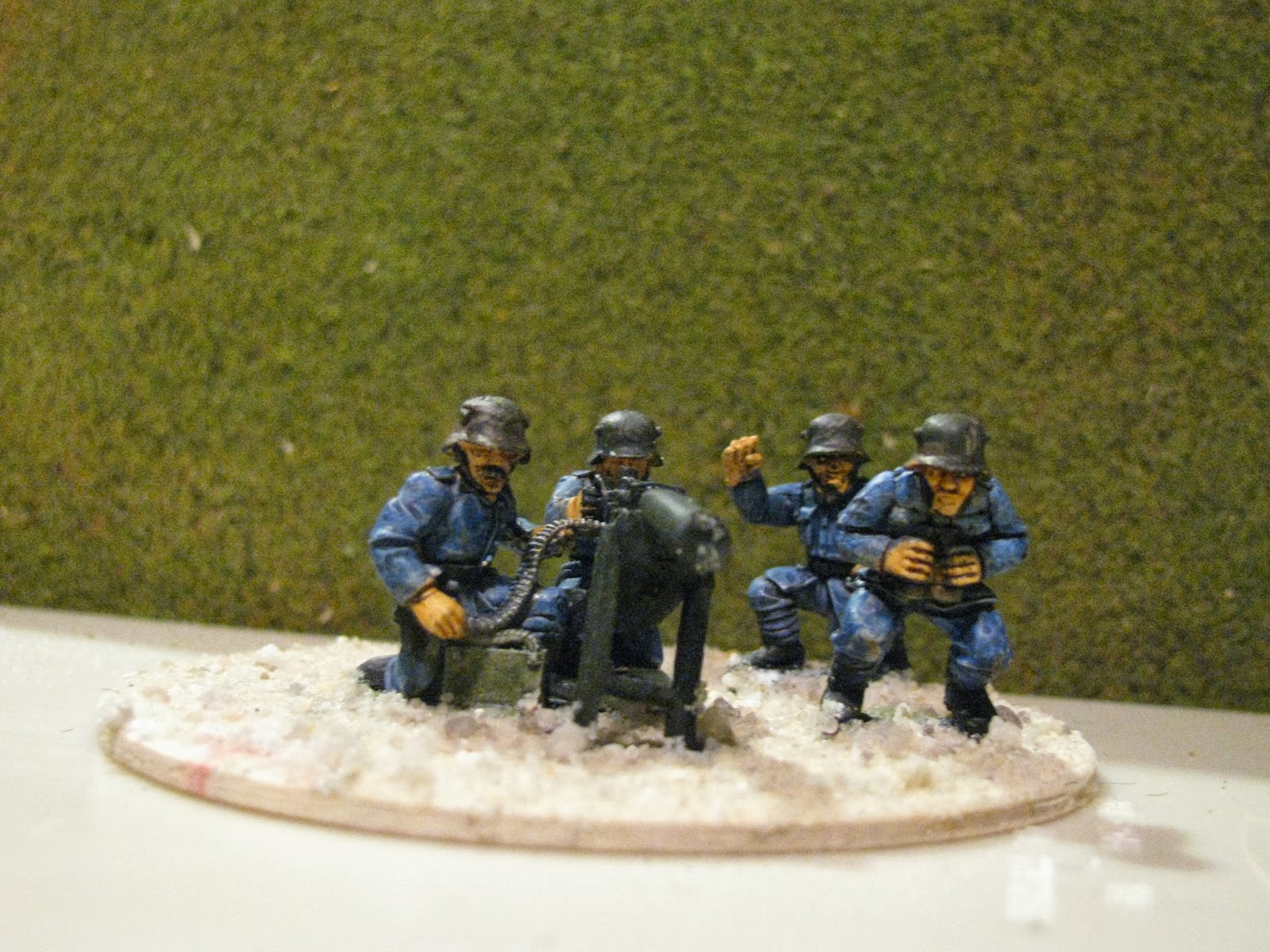 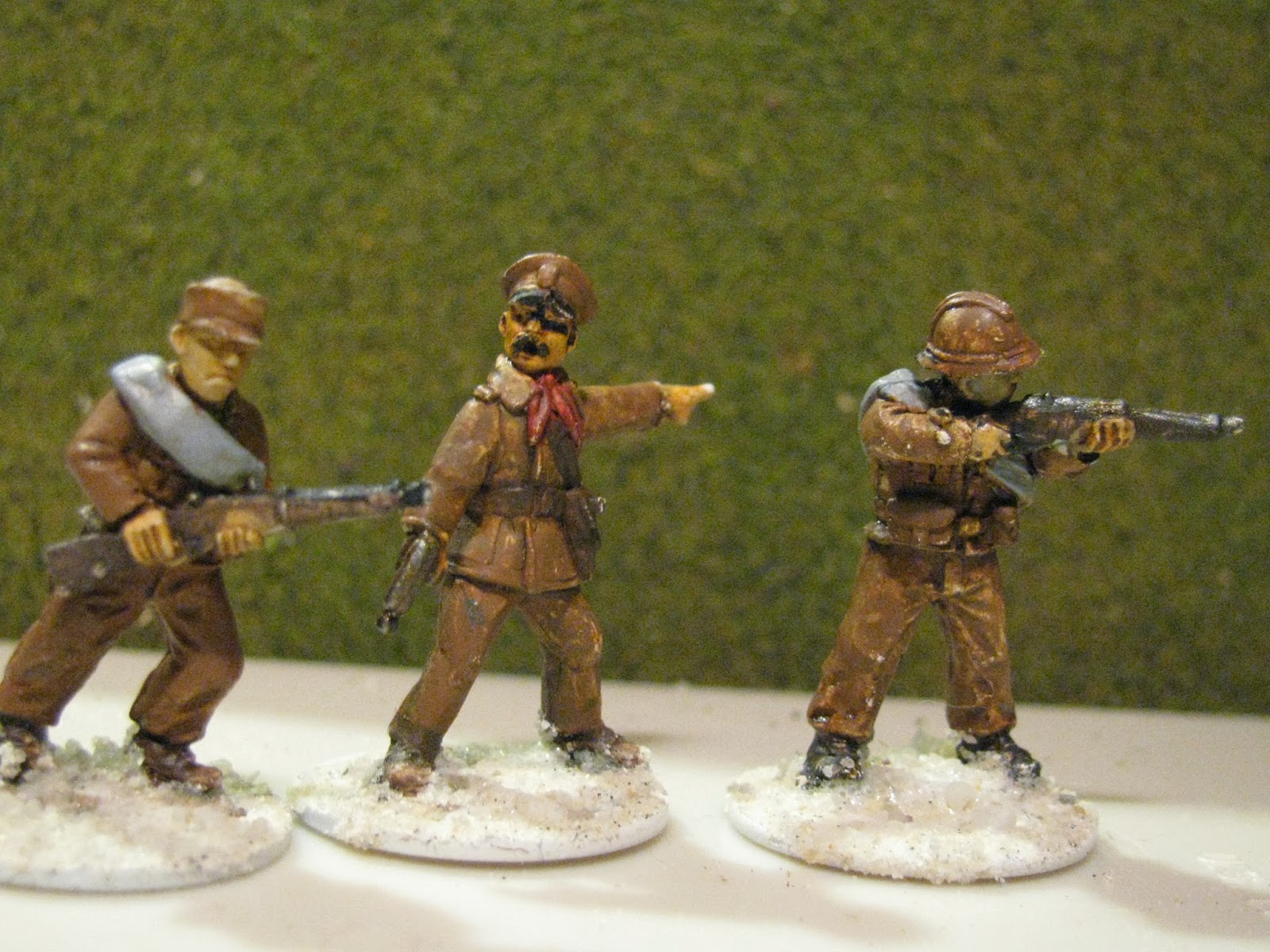 The star fighters were so fast, the camera could not capture them!


I also decided that the table in the 'Cellar of Doom' will be more a project staging area than game table for the foreseeable future.   The following photos will show you why: 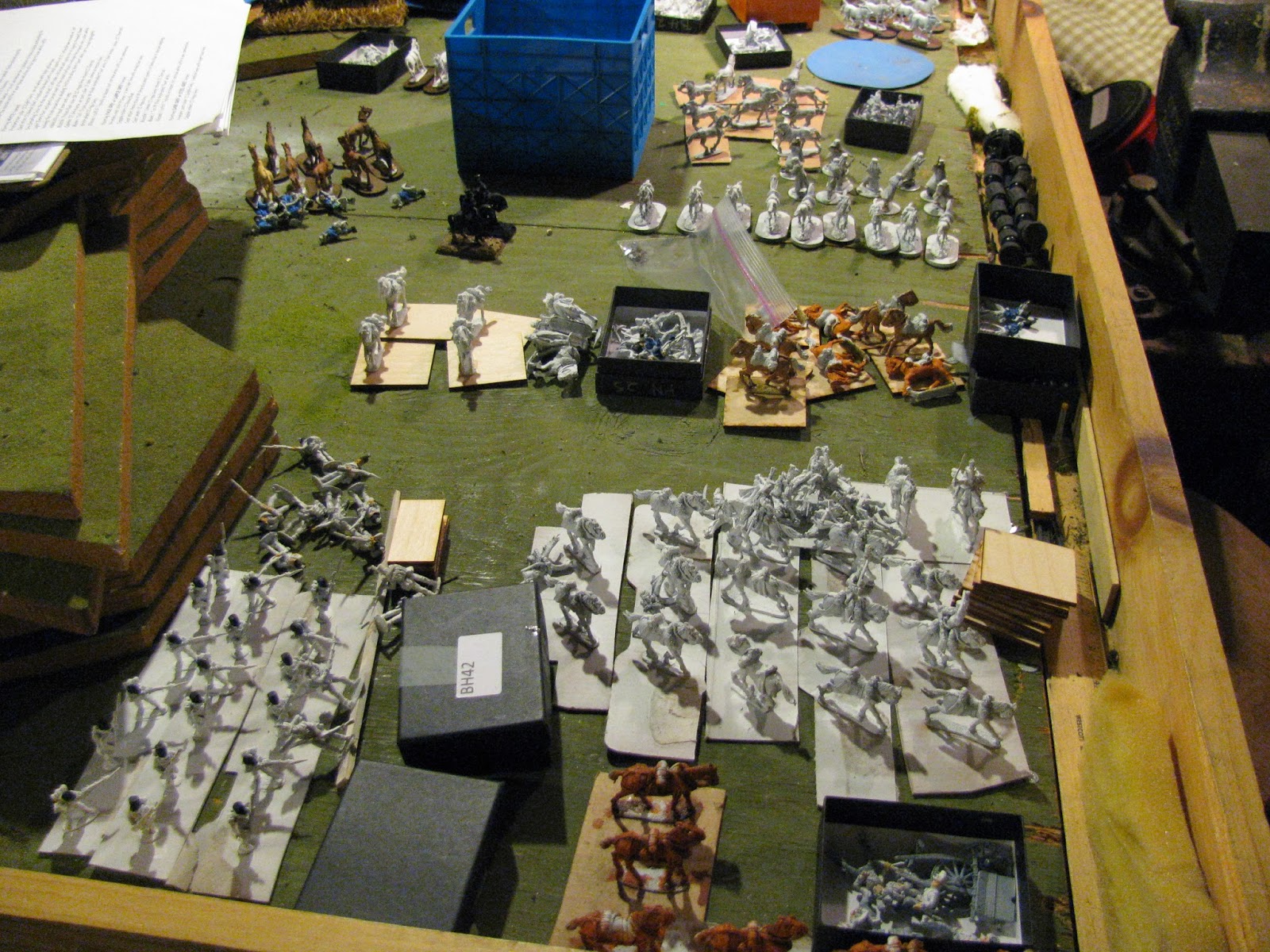 The horror! And this is only the right hand side of the table. 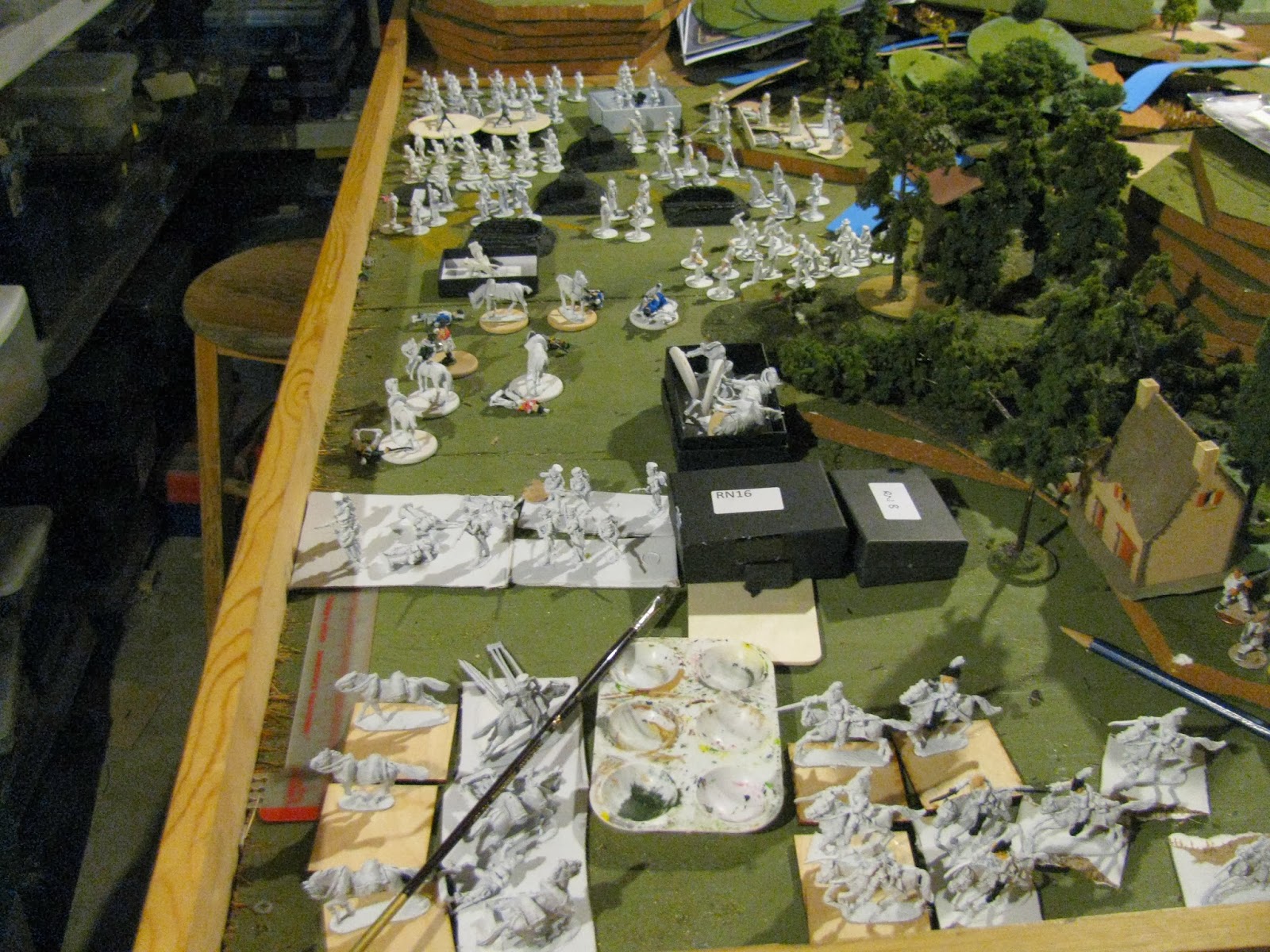 The left side is at least as bad!


Yes, I am the fastest primer in the Western World, but the painting queue has gotten so long I needed to do something outrageous to get even slightly back on track. So, there is the table set up for some heavy duty planning on what comes next.

Here are some of the highlights-

There are some small fill in groups of figures, like the 17 SCW militia for the Republicans. 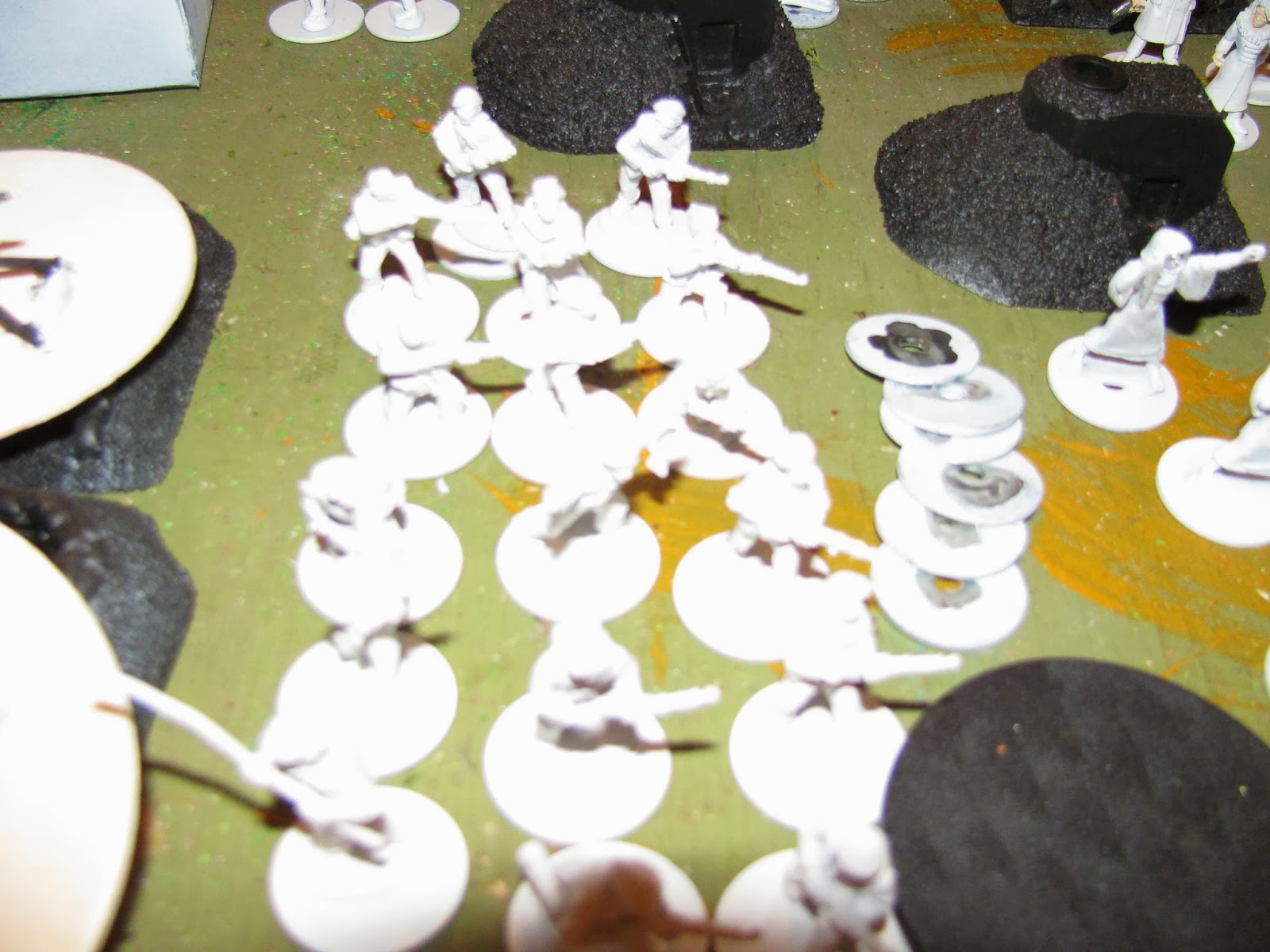 Ewww, primed figures are not photogenic. And these are Empress SCW!

In the Pulp genre are also some masked heroes, some cultists, some 'dames,' and a mad scientist or two.  And a film crew for the newsreels.   There are also some 15 gangster (1920-1930's) figures to attend my already painted state and local police. I recently picked up some signage that should work on buildings for the era from a local RR model store.

Then there are the Napoleonics. Oh, yeah!  Despite finishing all of the Anglo Allied units  I planned for Quatre Bras, there are about a dozen officer figures, eight cavalry and ten infantry units and three gun models with crew, three British limbers, a British supply wagon and a Russian field ambulance bought and paid for, primed but not painted, much less table ready.

Would that be the end of it, but as they say on TV, 'wait there's more!'  In the Renaissance era, over 100 Ottoman Turks and half again as many Europeans await the brush.   Nearer today, there are over 100 Chinese for the Boxer Rebellion as well as fifty or so Europeans awaiting to join already painted and mounted fellow units.

In special projects, some fifty or so Hinterlands figures, including a Gatling and Maxim with crews and some Brigade Games Austrians seek to guard the new mythic country of 'Herlandia,' which I have an embryonic packet of ideas for an imagination.

So, things will be rather choppy here for awhile, and I'll try to alternate what I am painting and what I am planning/gaming.  I hope you find something of interest this year.

Honest, I am going to finish the command figure for Best's brigade! 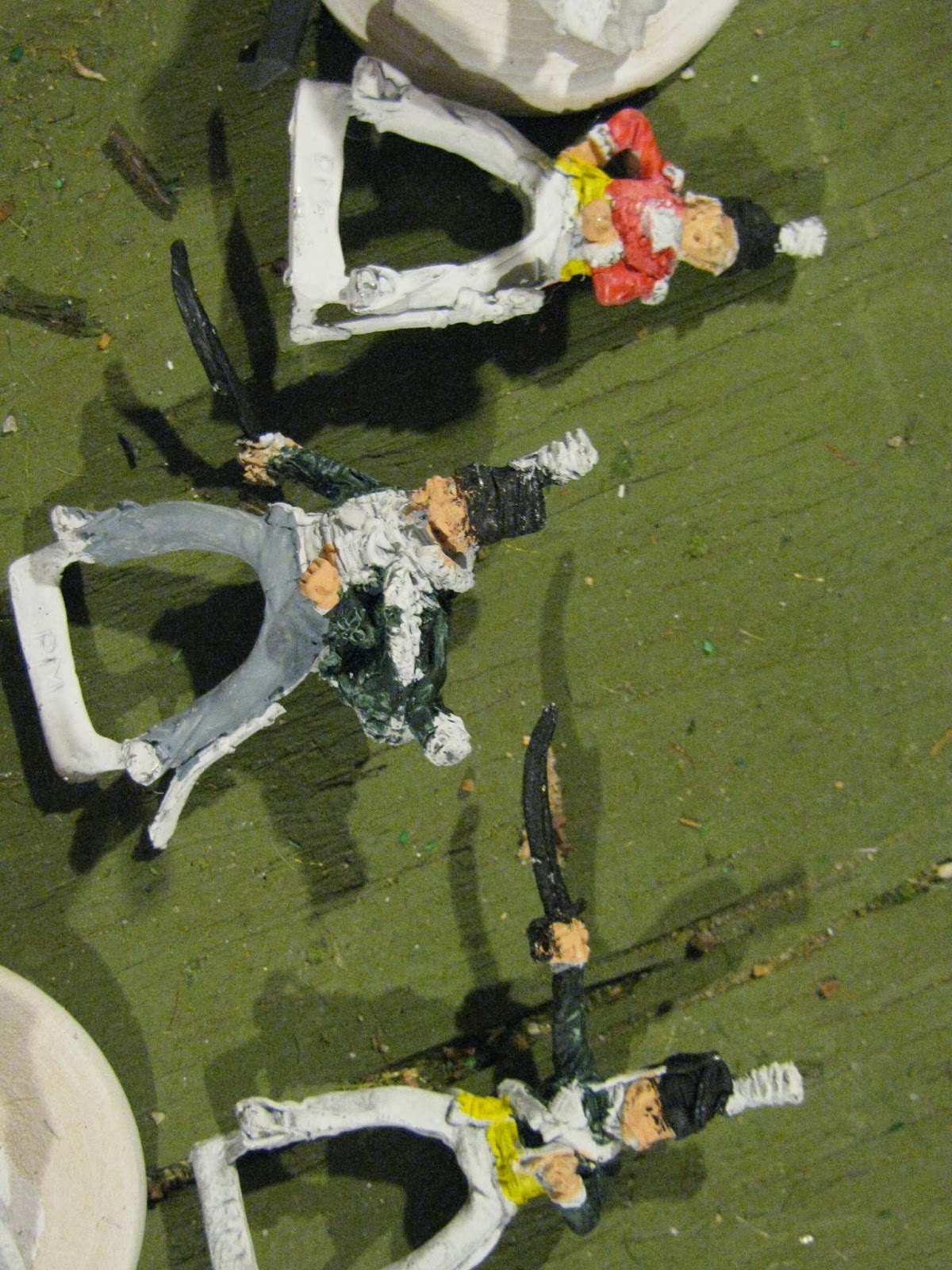