Snappy Nappy at the Portal in Manchester, CT

There was a very successful Snappy Nappy day on the 26th.  One of 20 people, with three referees, three CinC's and sixteen or so Corps or Division commanders.

The rules allowed a game set in the 1815 Belgian landscape and saw a French victory over the Anglo-Allied and Prussian forces. Peter Anderson was the mastermind behind the day, you'll be able to read lots about the event on his blog, 'Blunders on the Danube' very soon.

I provided much of the Anglo Allied forces, along with Greg Hanson and Peter himself.  I was shocked to find Peter has more British light cavalry than I do!

I also provided three tables worth of terrain, which I did in the in the style of the painted maps similar to the Leipzig campaign from two years ago.  The main idea is for ease and speed of layout on the day. Rollout the road/river net, plunk down some trees and house and, you're done. I did get all three tables done on game day in under 30 minutes.

I'll provide photos of the maps soon, I need to get them off my camera.  Oh, here they are now. 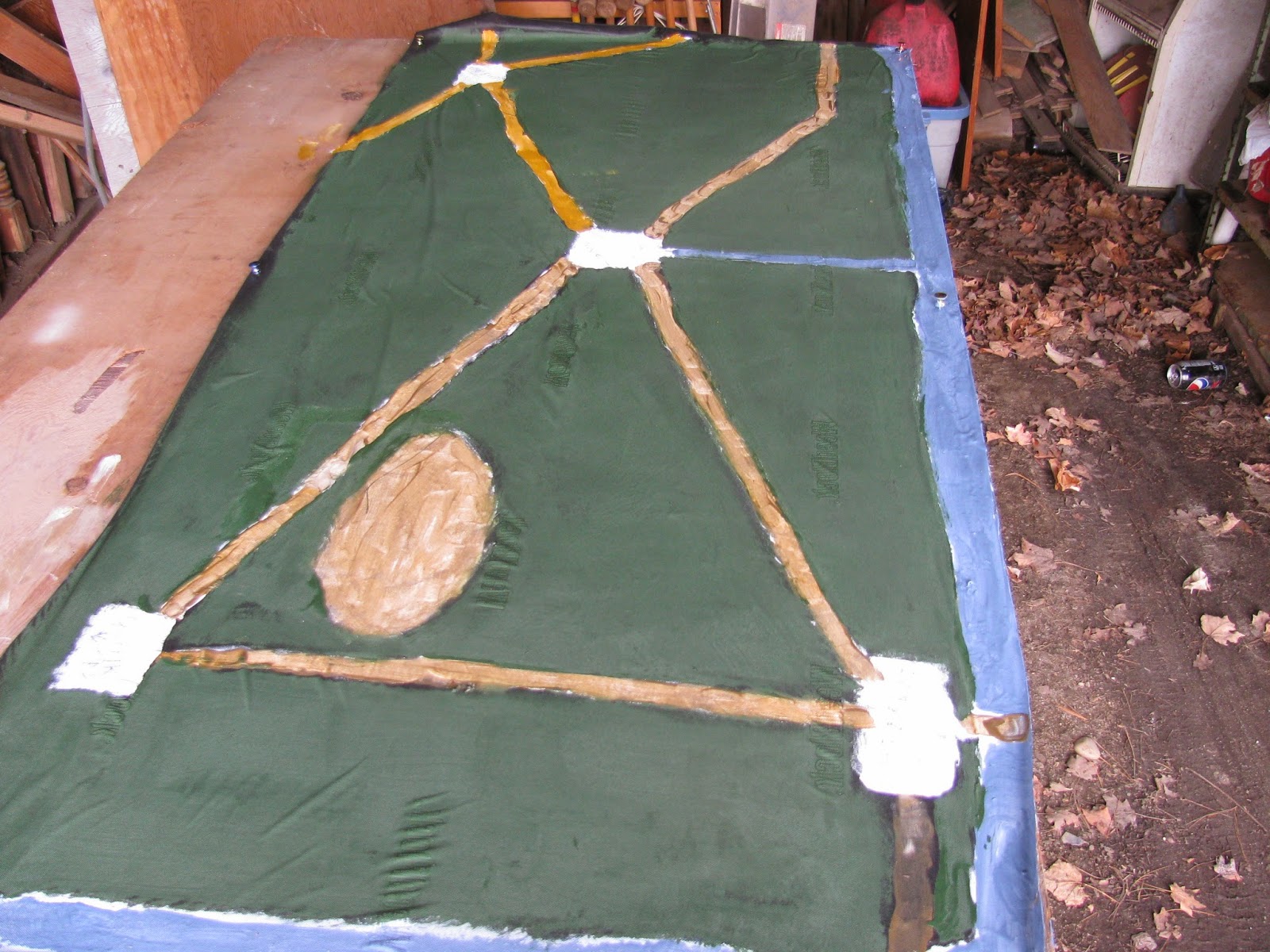 This first is an overview.  I must admit, this one did not come out the way I wanted.  The fabric I used this year was inferior to the old material because it was much thinner and only four foot wide rather than th five foot wide original material. The roads, rivers and the hill were painted first in gesso, then in the appropriate color. 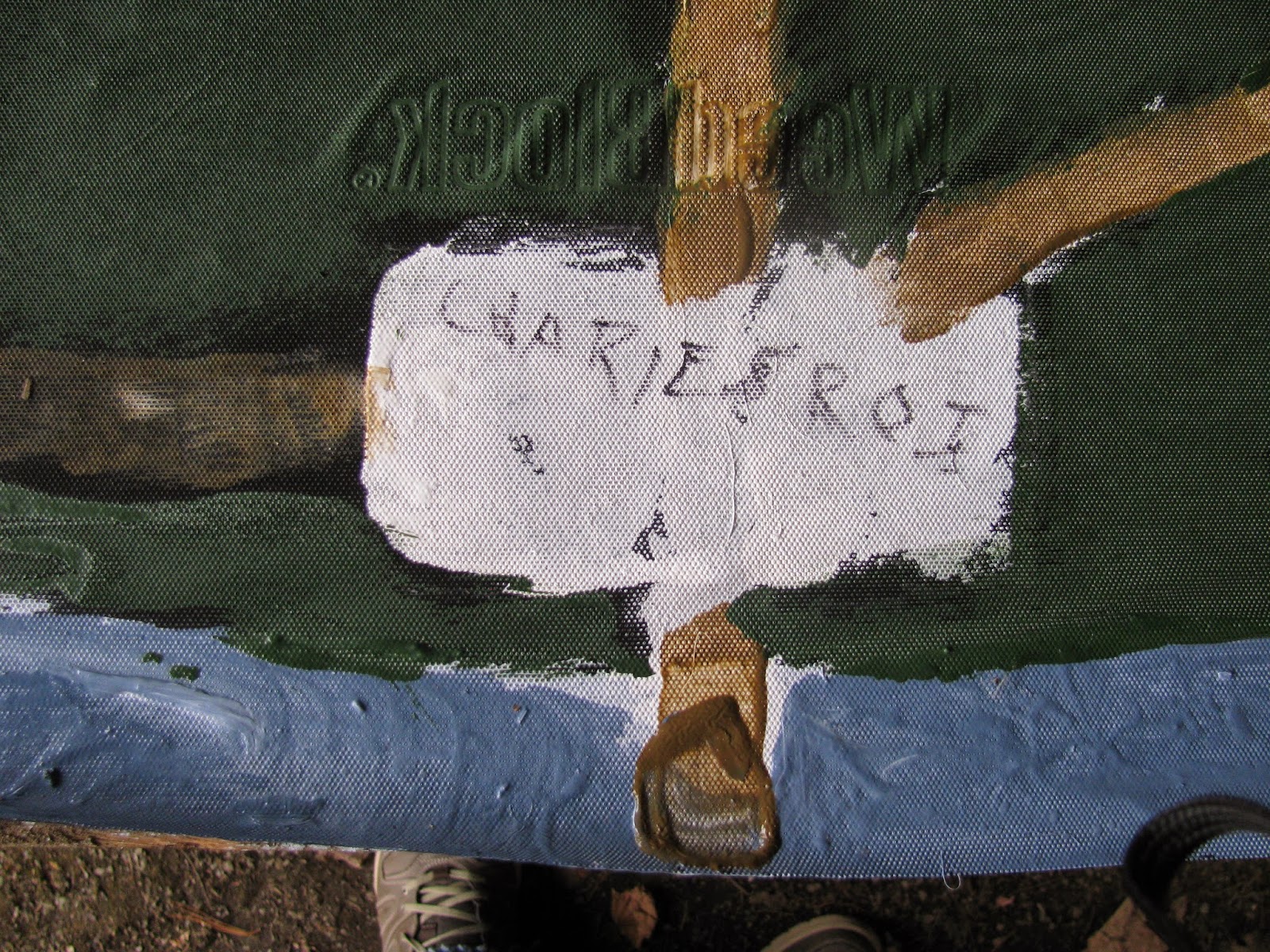 The roads were in two different colors, denoting the differing benefits for speed, the white areas were the footprint for villages, towns and/or cities. In fact, You can label the towns using marker, if you're lazy like me. 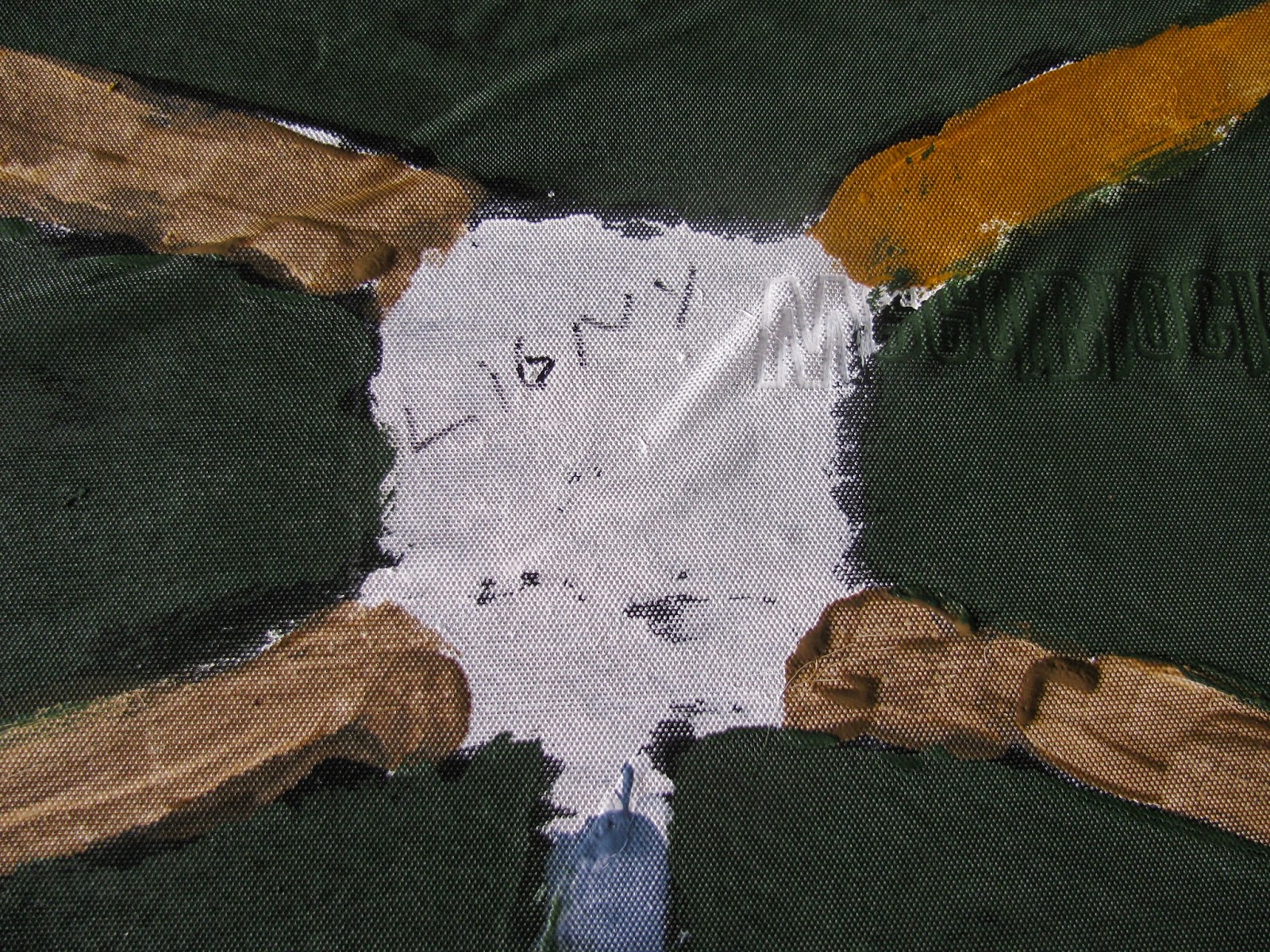 You can see by the names on the sheet, the ground scale is quite small...about one foot to the mile. 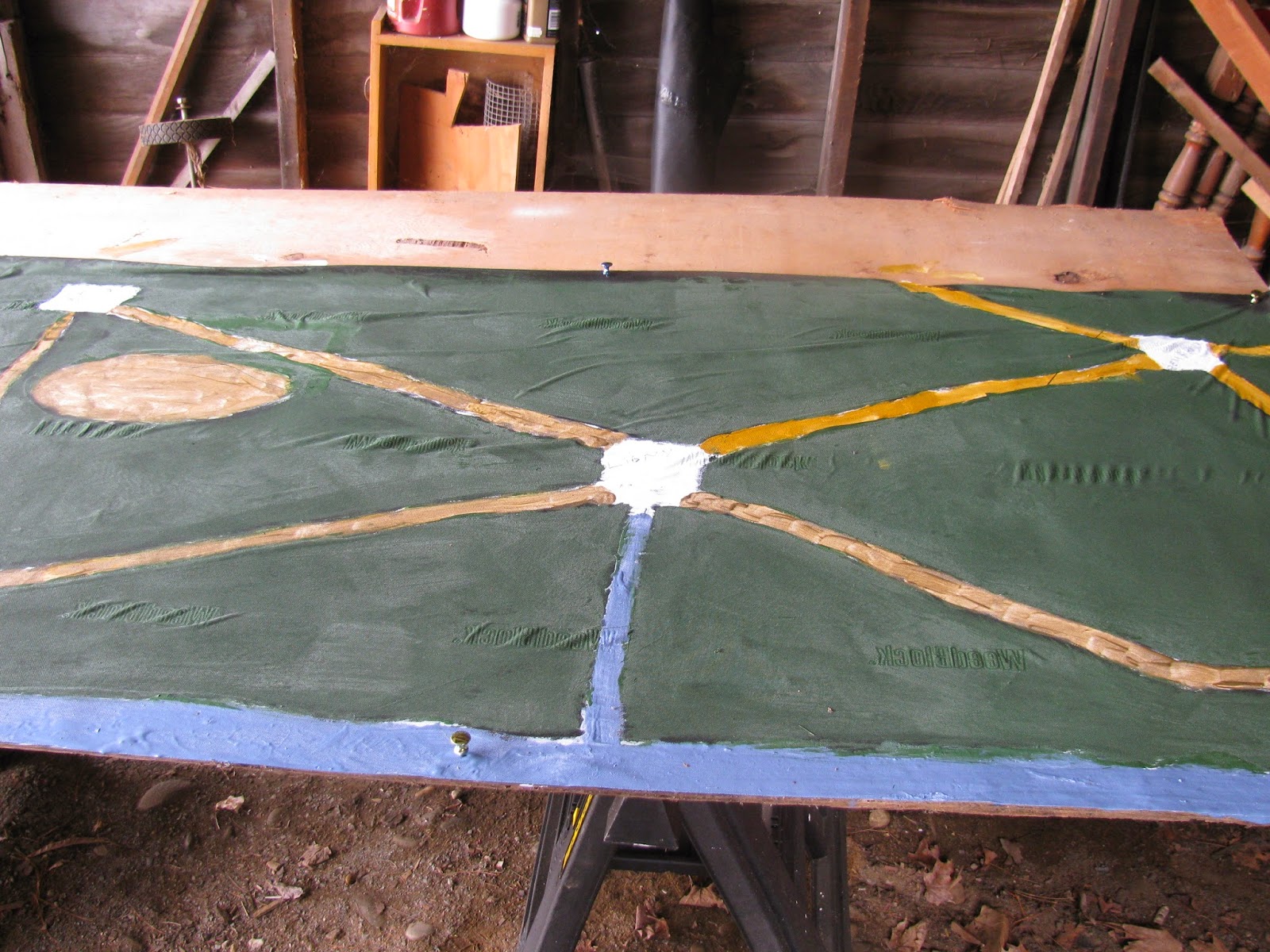 The first table, from a different angle.

Sadly, I had left my camera at home on the day of the game, so I'll once again mention that you'll see some of he table action on Peter's blog later this week.  You will see some of the tables in action.