Happy Thanksgiving (belated) and the next few weeks incoming 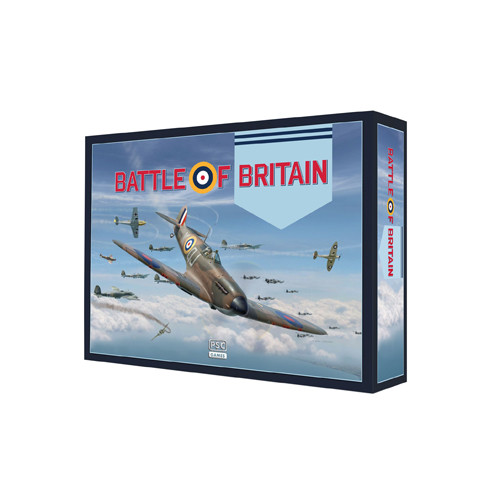 I have the afternoon off from our regularly scheduled gaming due to several gamers being unavailable.  Yeah, the snakes in the jungle will have to wait.

I took the time to do some ordering, getting a deal on some Litko bases and a reissued version of the old board game, "The Battle of Britain."

The bases are mostly because I 'need' them and a few new product I want.

The board game is another old friend that I once had acquaintance, and now returns in an updated form. Rather than counters and log sheets to keep track of each side, there are play aid cards and....1/300 scale airplanes. Should be here in a week, I am chuffed and waiting.

O yeah, the kickstarter for Anno Domini 1666 is also starting the final sort and pack, so maybe that by my January birthday.
Bye for now.

Path of the Serpent ---first game

We set up for four players, one unfortunately had to pass on the fun last minute.

Deciding to play the four new investigators anyway, we plunged ahead in the scenario to meet up with an expedition.  We followed the path of the other party but came upon only traces of them in several places including a ruined temple, an overgrown altar, 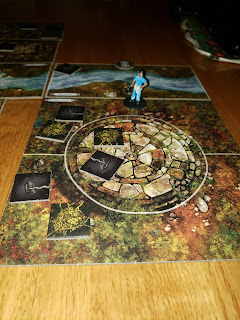 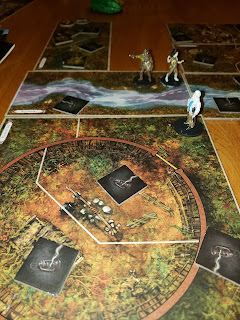 It appears that at least some of them met an untimely, grisly end. 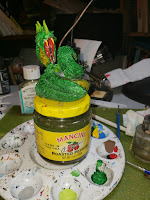 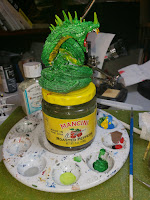 We had to save the game for next week's game meeting, one of the beauties of the system.  Perhaps we will have a full contingent next time.
Posted by pancerni at 9:58 PM No comments: 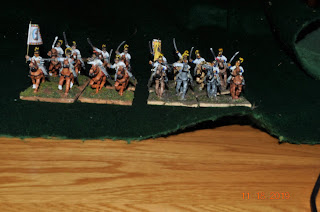 Castings by Sash & Saber, the units done up in light and dark blue facings as per two of the actual Austrian regiments in the early 1800's.

They will serve duty patrolling the border with Dahara.  Nicely made figures painted back when I could see smaller details. 😀

(yes, I know I should paint up the base sides. I will as soon as I decide on a proper scheme.)

Units for Austriian based imagination

Well, silly me. I have an army woefully understaffed for the Kaiserliche side of my Germanic dual monarchy. Possessing only some light cavalry, Jagers, Grenze and artillery I have to dig into some 1866 Austrians to flesh out a small division. 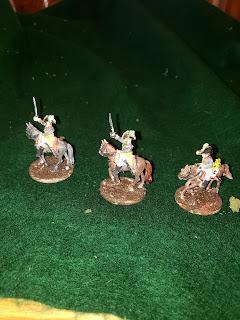 So also had to provide commanders. 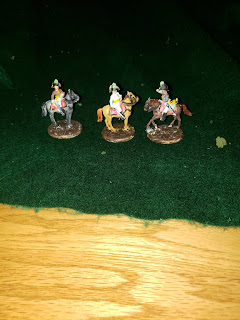 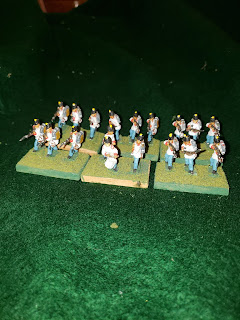 Bring in line and grenz battalions. 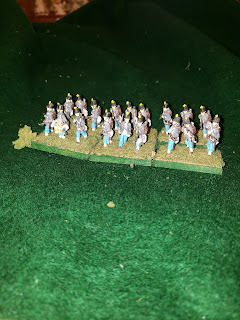 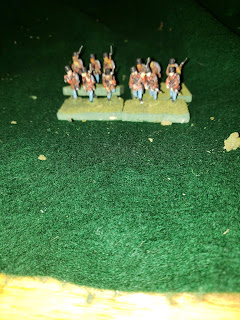 To supplement the Jagers. 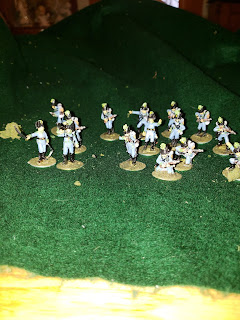 So the slowly moving campaign continues....I will have to report in later when some more skirmishing infantry arrives.

Posted by pancerni at 2:54 PM No comments:

Path of the Serpet: expansion for Mansions of Madness lands

The seventh expansion since the core box, I really have been hooked on this game. We have had over some three years dozens of hours of fun getting killed off, driven mad, and once or twice actually winning a scenario.


The new expansion promises jungle adventures and snakes...lots of them. There are also very thematic new boards, tokens, artifacts, spells; did I mention snakes? 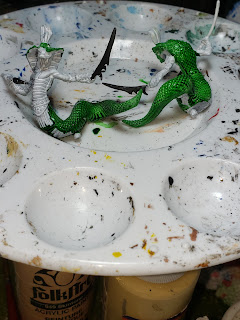 a couple of even bigger snake bodied guards 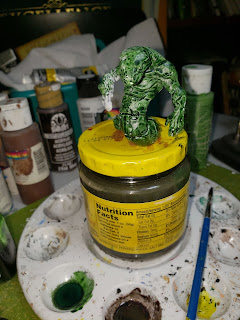 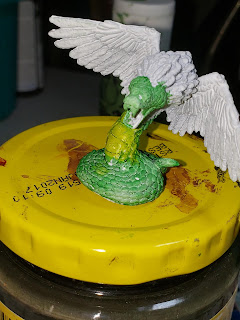 and a very large snake. 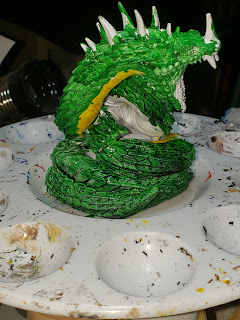 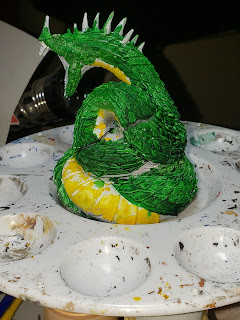 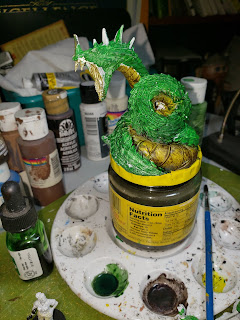 There are four explorers themed investigators: 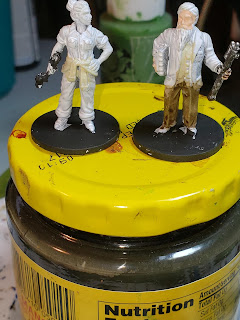 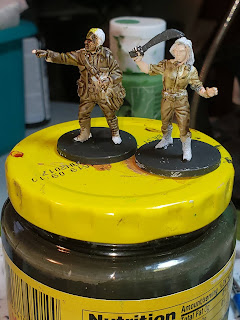 I will record final paint jobs as they occur, and a short report of this Fridays game will come soon.
Posted by pancerni at 2:14 PM No comments:

From the  supplement, "Horrific Journeys" comes the formless spawn 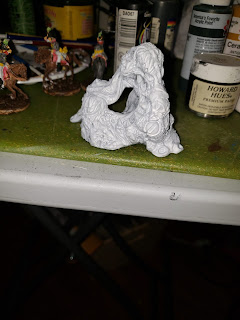 From the previous supplement, "Horrific Journeys" comes the formless spawn:primed. 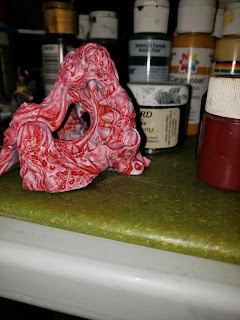 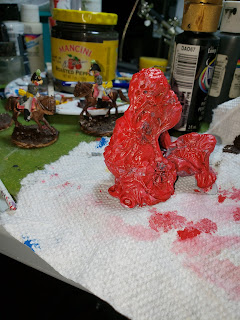 . Then some 'Amsterdam ink' pyrrolle red.' 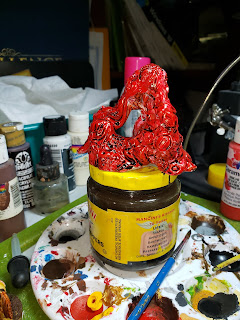 Finally, a chestnut ink wash...GW from 10 years ago, I think.

There will be a few finishing touches but the result will pass muster if needed in the games.

Yes, definitely inspired by pop culture, the 'Stanger Things' version, to be precise.
Posted by pancerni at 10:52 PM 2 comments:

Mapcards I drafted..... 40a and 40b, the attendant atlas entries, map of Jorba showing provinces, borders, cards and orientation.  Much more to come.
Posted by pancerni at 12:59 PM No comments:

Well, just ask someone who knows....

my dearest pointed me to the depth of field solution...it is her camera, after all.

Armed with the new knowledge, aided by the days getting shorter and colder, I think some reshoots are coming up.

Some units for Pikemans Lament- Poles and Cossacks

Trolling through some old photos...here are some Polish and Cossack units for Pikeman's Lament. 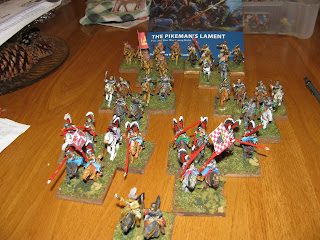 An all mounted Polish force.
Close up of the Winged Hussars, of course. 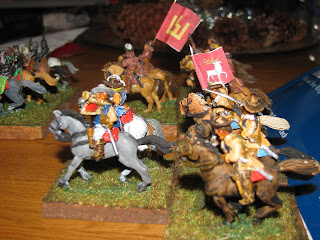 Some Rajtar, Dragoons in back. 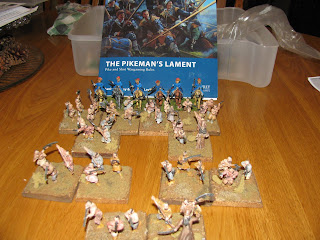 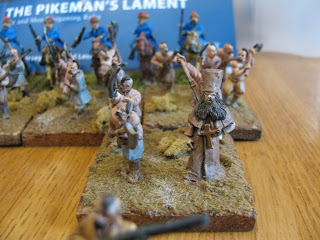 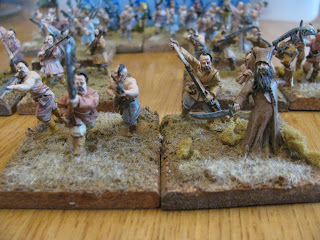 Rather scary looking in their scalplocks.
Posted by pancerni at 5:42 PM No comments: