The draft political map of the continent: 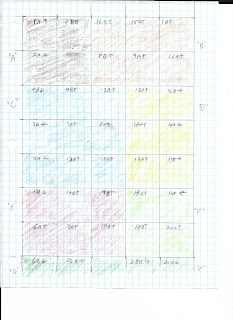 (The Tin god reserves the right to redraw the map and its contents. 😜 ) 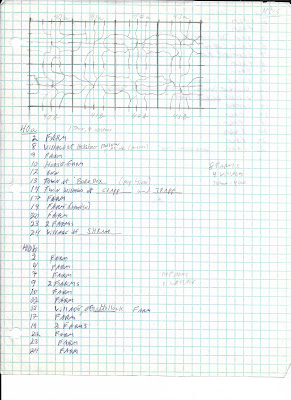 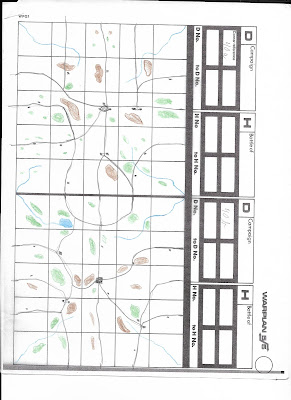 At present, Barry has "G" ( Fuddland, see below)which includes two more rows to the 'south' of the map bottom.  Cossacks,  a restive Polish province, lots of land & peasants to rule over.

"E" is Greg's own "S'Gottland" as "F" is "Dahara" held by Roger and the 'Order of the Light.'  These two countries backgrounds are evolving based on what the players have suggested.

I am working on backstory for A through D unless other players come on board.

"A" would be Hanover/Brunswick/Hesse-Darmstadt (Kur Prinz style), "B" would be part Swedish,  part Netherlands.  "C" is split into a French and a Bavarian country with a province or two always ready to revolt.  D is the Dual Kingdom, sort of a Prussian Konig wedded to an Austrian Kaiserliche.
I intend to run countries A through D through various mechanisms that hopefully provide color for the continent. ( as noted farther down, the northern tier of states is more numerous but more fragmented now. Perhaps this reflects my state of mind?)
I
Fuddland

Farthest "south" of the countries is the enigmatic Czardom of Fuddland.

Brief history of the Grand Duchy of FuddlandFuddland gained its autonomy by the treaty of Blanc (1684). The early years of

Fuddland are a sad tale of chaos and bloodshed with Brother killing Brother,
Sister killing Brother, and Brother killing Sister; as the surrounding powers
attempted to manipulate the von Fudd family to their own advantage. Little is
known of this early time to non Fuddlanders. Fuddlanders who are asked about
their early history will politely respond “we do not discuss it with outsiders”.
Henrich Wolfgang von Fudd is considered the first ‘real’ ruler of Fuddland. He
survived he warfare of his siblings largely due the fact he was traveling abroad

at the time. During his travels he became infatuated with the old Roman Roads
he saw in Italy and the Russian Aristocracy. Upon attaining the throne in 1688
(by being the last surviving member of the von Fudd's) he instituted a stone
‘paved’ road construction program. Unfortunately while admiring the roads he
saw in Italy, he failed to learn anything about their construction. The resulting
debacle managed to produce just under 5 miles of paved roads (which are still in
use today) after 37 years of construction. The project brought Fuddland to the
brink of bankruptcy. With his country on the verge of economic collapse and
open revolt, Henrich did what any good ruler of his da y would have done – he

laid all the blame on the Catholic Church, confiscating their lands and wealth and
proclaimed Fuddland a Protestant Country. The influx of this ill-gotten wealth
into the Fuddland coffers allowed Henrich to stabilize the economy and avert
open revolt (Fuddlanders never were a very religious lot). It was at this time that
he proclaimed himself Czar and decreed that Russian would be the official court
language. Unfortunately, no one in Fuddland spoke Russian at the time, so no
official business could take place, but that’s a tale of woe for another time.
Eight months after seizing all of the Catholic Church property, Henrich was killed
during a freak thunderstorm while walking in his gardens when he was struck by
lightning.
Henrich was succeeded by his son Andrew who would rule Fuddland for the next
76 years; dying peacefully in his sleep at the age of 97. His rule was peaceful
and uneventful. The standing military was almost completely abolished while Andrew focused his efforts on expanding the economy and exports. It was

during Andrew’s reign that Fuddland became renowned for their ‘Lucky Rabbit
Foot’ charms, Rabbit fur capes, and their local gourmet dish – Hasenpfeffer. It
was largely through the efforts of Andrew that the citizens of Fuddland enjoy the
lavish lifestyle they live today (lavish compared to the reign of Henrich or a galley
slave).
Due to Andrew’s longevity he outlived all of his children, and his Grandson, Elmer, succeeded him as Czar of Fuddland.
Elmer succeeded to the throne at the age of 15. He is shy and somewhat clumsy
with a slight speech impediment, but the people of Fuddland adore him. One of
Elmer’s first acts as Czar was to fund the creation of the ‘Acme Institute of Science and Technology’ to further the research into gunpowder and things that go “boom” in the night. (Despite persistent rumors there is absolutely no truth to the outlandish stories that the Acme Institute is researching militarized anvils and pianos).
Only 10 years into his reign, he is by far the most popular ruler in the

minor noble family in the ‘old world’ Kingdom of Poland. If Elmer is a by the
citizens of Fuddland, then Christina is worshiped.
Part of Christina’s dowry was an Infantry Company honor guard, uniformed in the
unique manner of her native Poland. It was this honor guard and their dashing
dapper uniforms that sparked the rebirth of the Fuddland military. What started
as a company of expatriate seven years ago has grown to a full Regiment,
known as the ‘Czarina’s Regiment. The competition among Fuddlanders to be
accepted into the Czarina Regiment vs. the ‘normal’ army is intense, (and
honestly who wouldn’t rather wear a dashing Czapka versus a boring old Kiwer.
The Czarina Christina is officially the commander of this unit and she is a
stunning sight in her Rabbit Fur trimmed Hussar Uniform. The day to day duties
of commanding the Division are capably carried out by the former British
Brigadier, Lethbridge Stewart who has been in the service of Fuddland for the last six years.

Set in the middle area, just North of S'gottland, another kingdom flirting with Spanish elements. 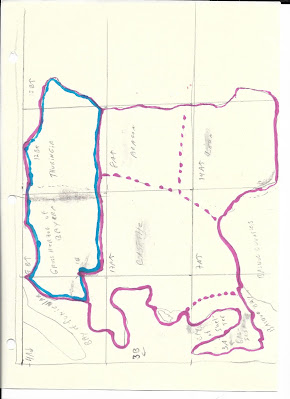 Dahara
Many are the Disciples of  the light... whatever that means.

Map of some southern tier of nations. Happily, all managed by players.

Here is the map of the northern tier of states, run by yours truly as they are all npc states. 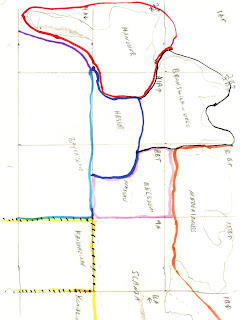 At present the Northern Tier of states exists to give players npc allies, populate the electoral  machinery to select  the emporer (ruler of Kaiserliche), and provide background adventurers and adventures for solo efforts. Most of the countries field 12 to 18 units and are a huge force together yet not dominant singly or pairs.