The game was big, four factions, the two largest boards, and all three of us playing.
The scenario  "Storm the Castle " saw Greg's King Musketeers and Roger with the Cossacks attacking while I defended with the Poles and Ottomans. 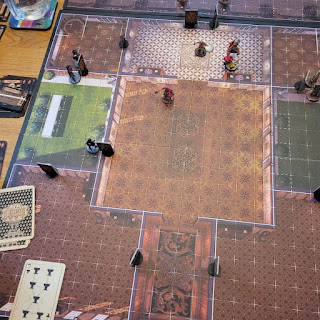 Greg came in with King's musketeers through the left windows. 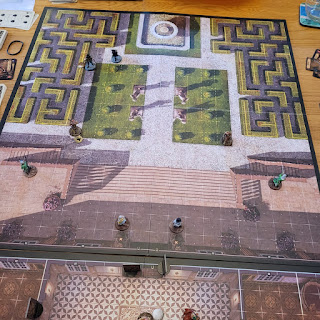 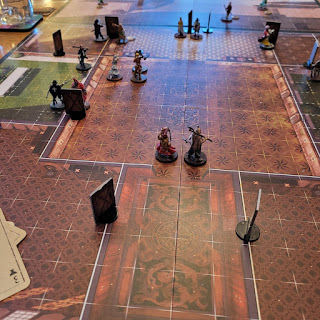 Roger took the Cossacks through the left windows 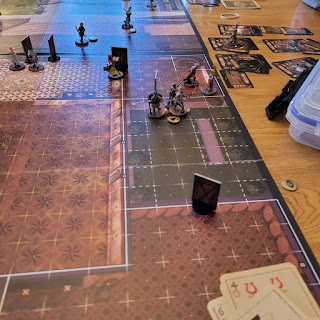 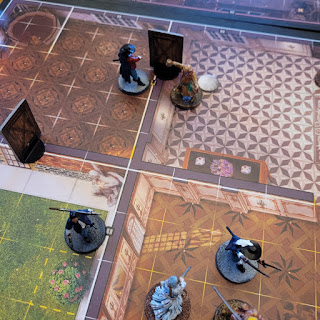 Porthos and Zagloba meet, it did not end well for Zagloba 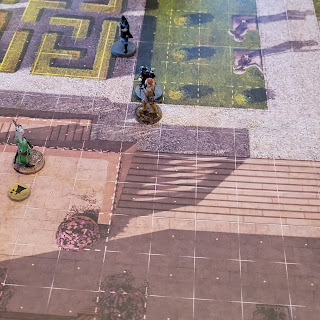 In the garden, Polish Dragoons and Ottoman Janissary whittled down the foes. 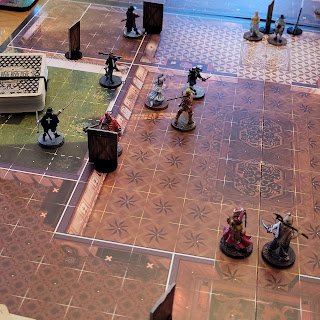 Aramis , in center, defends against Longinus and Esmerelda. 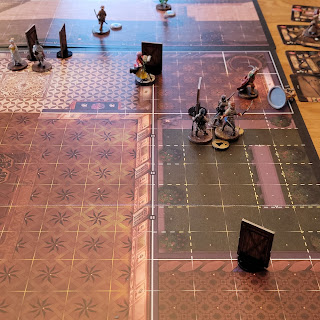 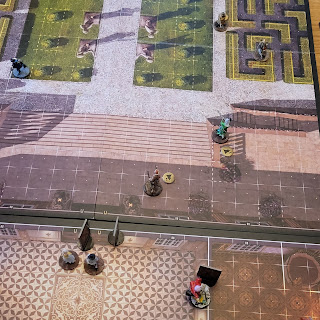 More outside and inside shots. 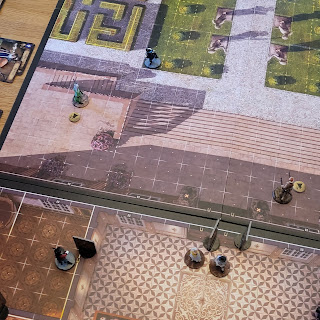 We called a pick up in place, recorded losses, wounds and positions. A second day finished the game. To be continued.

Well, coming up on a second year of campaigning with no wars to report. All of the player-rulers have been loathe to be the aggressor.  Sure, some Chosen Men border  activity between Roger and Greg and Barry  has occurred but diplomatic efforts have kept relations below a boil.

To try and supply interesting scenarios and make a battle have campaign consequences,  something has been added.

I have come upon a great tool in a supplement in the Too Fat Lardies' webstore called 'Dawns & Deliberations.'  The supplement is for Sharpe Practice but with only a little tweaking, it will support our Chosen Men scenarios.

The operable takeaway is a structured approach for some ladder style and decision point campaigns, along with over a dozen ' themes ' giving background, missions, partial deployments and scenario specific rules.

The  players for Dahara and S'Gottland have agreed to try the system out. They each are getting a map and instructions for their specific campaign. As the games unfold, I will offer up reports.  The good news for them is little paperwork beyond orders are needed and at least two to five good scenarios should occur.

Here are the stylized maps for the players.  They are a bit light on screen but will be used in hand by the players. 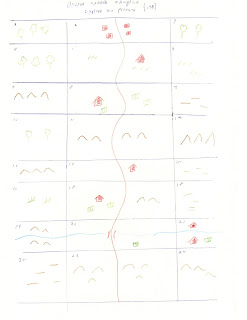 Note that both sketch maps have a three column eight row format. This is the basic overlay for all the maps, and regulates deployment and movement. 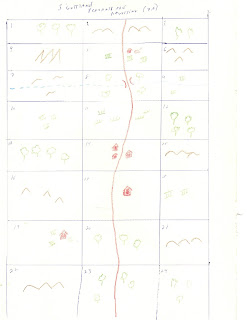 Actual table layouts are determined for each tabletop adventure.

The players are to get an allotment of points, Chosen Men units are mustered and orders & reports start flying as  men start marching and fighting.

I will be approaching Barry and Peter to see if they would like something similar.

Well, stage is set for a train ride from Rome to Brindisi, Roger's character braved it without the more experienced player ( Greg could not make the session, had one game under his belt. )
Roger's character, ex German Army officer, chatted up a mixture of upper class ( ticket category, that is ) passengers on the trip. The happy Bavarian traveler is next headed to either Greece or Egypt.  Roger's is picking out a suitable figure for the character and as such the train trotting Tueton was unavailable to the photographer.
I did want  to show how effective the train tiles from Mansions of Madness were in the game. Since the action was inside the cars, the tiles were very useful.
Not featured but shown in the background include the baggage car and caboose cards. 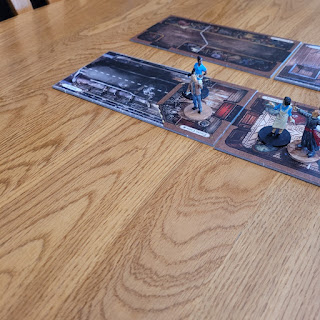 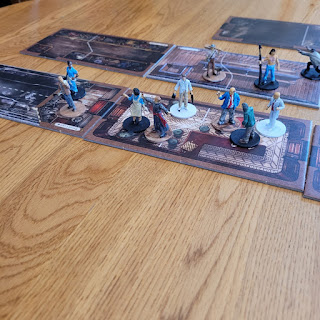 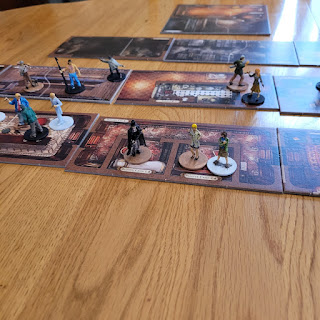 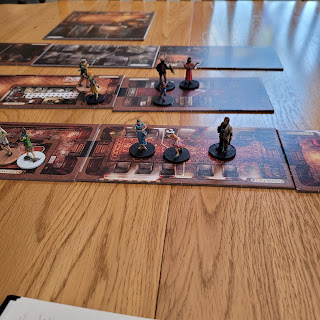 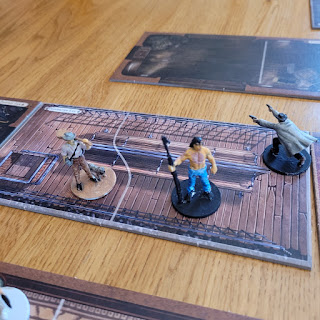 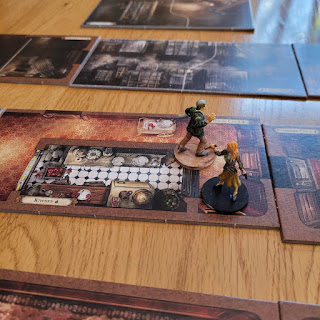 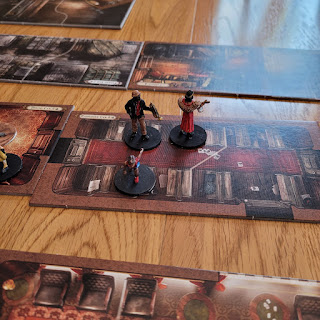 Second class coach.
Posted by pancerni at 5:09 AM 4 comments: