Recently I have been working with several gamers to try to regularize a Friday afternoon game. So far we've hit upon using the 'Armegeddon' rules as something fast, straightforward and relatively easy to contain.

So far, Roger has a unit of IG (Astra Militarum is such a dumb name), Greg sports both Ork and Chaos contingents, and my efforts include IG, Sisters, Grey Knights and Tau.

That said, I do not think any of us had to buy, although there has been some painting here and there.

All the games have been in  under an hour to play, with some near run endings.  Greg's Orks and Chaos are slightly ahead, but I have a feeling Roger's IG will soon have a surge.  (In small part that having a copy of the rules will put Roger at less a disadvantage!)

I will be posting photos and updates on the blog  sub-page "Space Cadets."

I will start posting at more regular intervals as my time for gaming has increased.  At least for awhile :-).

I hope to include some Napoleonic battle scenario work, some Bolt Action WW2 reporting as well as some ideas on the 17th Century armies in action around the area.   Don't worry, there will be the odd photo here and there as well.

I did not spend all that time painting ..... and not plan on showing you mine.
Posted by pancerni at 10:04 PM 2 comments:

Minding my own business


I was in my yard, hard at work on some new terrain pieces, when my neighbor came to visit.

He had a surprise for me. Quietly he had been writing a new book. The last ten years he has been crafting the book without any notice to most of us around.

The story, as he explained, is set just prior and during the Second World War.  A biologist, working on genetics, is kidnapped on the way to Sweden for a conference.

It's been published and is available on Amazon and Barnes & Noble.

You know, it is the quiet ones who surprise you.  Here is a shot of the cover, from the Amazon site.

Hmm, maybe I can get a signed copy? 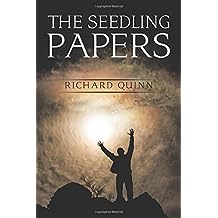 Posted by pancerni at 8:03 AM No comments: