Well, the Second Brigade, First Division of the Dutch Army is completed by bringing the 2nd Nassau Regiment up to 18 castings in a battalion.  Two weeks to spare, now for some overall housekeeping for December 5th. 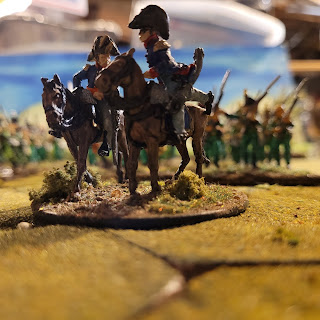 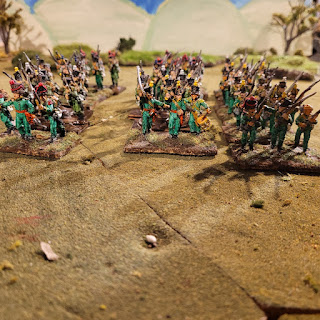 Three battalions each of 18 figures.  The completed 2nd Regiment. 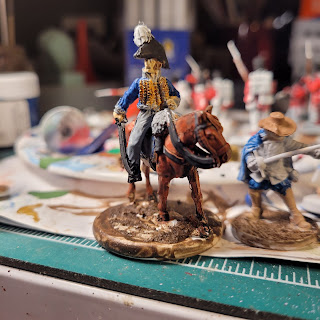 Prince of Orange... just some .silver on his saber, flocking on the base and done!

Thank you Jonathan! Naps are fussy business, but rewarding in their way.

Wonderful Joe.
I really like your bright interpretation of the Nassau green and the Prince looks suitably 'regal'. That figure of the aide mounting his horse is a ripper—does it come moulded as such or is it a nifty conversion of yours?
Regards, James

James, thank you!
The aide mounting is a stock Perry figure in the Dutch-Belgian line. The command pack are scattered through both the Dutch Belgians and the Nassau line. The casualties are awesome poses as well.
The Prince was fun, once I got the colors right. The Nassau troops are actually a medium-ish green with green ink wash. Fun stuff.

Thank you, Peter. Too bad your schedule competes with the date.

Certainly, if it fits your schedule.