Swedes arrive in force. A tale of two shipments.

It was a good week.  Last Friday a Perry Bros. Shipment arrived with the last six line units that I needed to complete the line brigades. The six battalions were id'd and the new troops are in the respective brigade boxes. Since the various castings have been shown earlier, I will not show all of that raw lead. 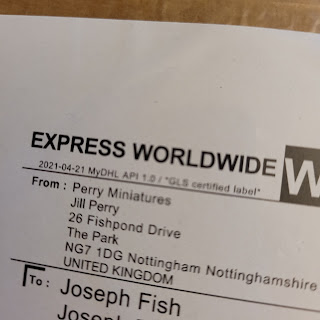 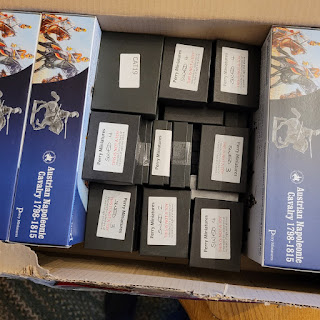 The Austrian cavalry will augment my 4 regiments of lights & Hussars. 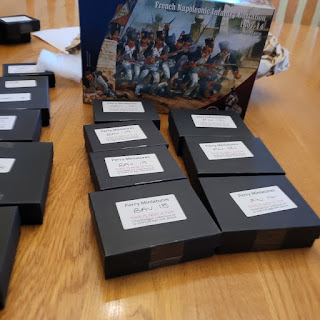 Roger added to the Bavarian 'horde.' 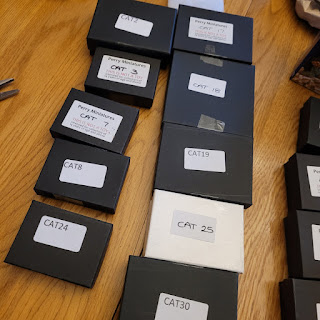 Greg added to his Spanish by adding Carlists.

New company last year for me but essential to fill the combined grenadier units. 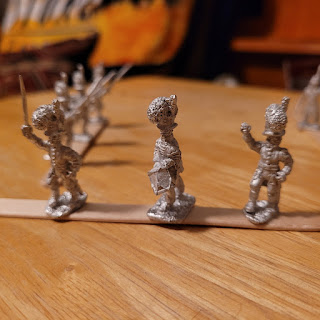 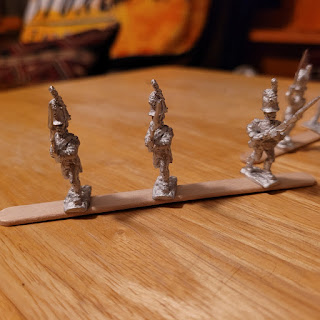 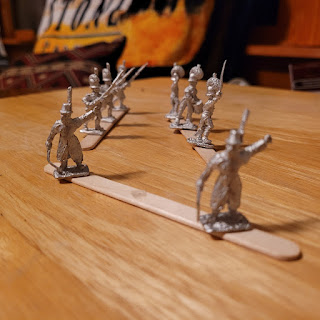 Officers to become brigade command stands.
So a total of 162 added to the lead pile!