The continent apeard to holidA  column from Fuddland marched into southern Dahara in the last week of September.  Reports, mostly from foreign correspondents attached to the force, and some itinerant gypsies and cross border traders indicate the troops sent out from the column are spoiling for a fight with Daharan clergy led forces. The southernmost village has been occupied, and indications are that the march is continuing.

The leader of the troops from Fuddland, Colonel Exorcistie ,  claims the Daharan clergy are war criminals and demands the release of people turned in for various religious infractions. 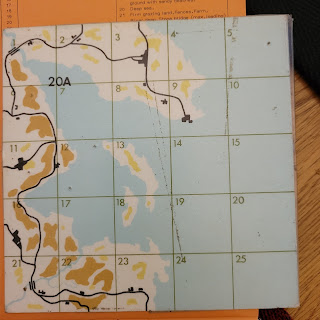 Map showing southern coastal area , village of Wynward in 20A16 is the column's first stop. 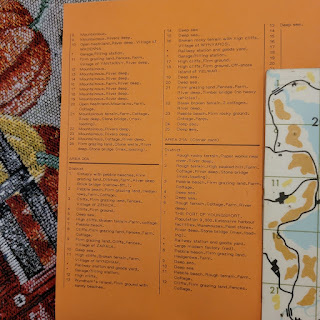 Posted by pancerni at 5:12 PM
Email ThisBlogThis!Share to TwitterShare to FacebookShare to Pinterest
Labels: Imagination campaign

Is this the campaign in which James was recently granted a command?

Jonathan,
Yes....I can really manage only one in a period, this is loosely set 1800, in an alternate Europe.
Not to worry about James in this mix just yet, he is several countries away.
Joe
PS..the article is a report of something I found out about ...yesterday. Gosh darn players!

His most benevolent Czar Elmer, ruler of all the Fudd’s is saddened by this rouge action of a formerly loyal Officer. His Excellency Czar Elmer did not learn of this action until after the force had crossed the border. Based on correspondence just received from this treasonous Officer, he has undertaken this fool’s errand on his own authority based on wild accusations from the Peasants regarding devil worshipers in Dahara. The Royal Court of Fuddland did not sanction this action and we do we condone it.

If the forces of Dahara would be so kind as to capture Colonel Exorcistski and return him to Fuddland where he will receive a speedy trial and slow death his Excellency Czar Elmer would be most pleased.

It's the century of the fruitbat for goodness sake. Will we let the backyards superstious inbreds of whatever that adjacent country is called impose their heretical beliefs on other heretics, blasphemers, and minorities who coincidentally happen to trade with our merchants at favorable rates?

Exorcistski desires a medal, not censure. Assuming of course he is successful. Failures in battle resulting in promotions seems like a thing of a different country in a different era.

Stew, thanks, I am having a ball just keeping up with the players ideas right now!

Dave,
We get to play this one out as a solo! If I may quote you in one of the psuedo-newspapers? It seems the Czar has porous borders as some of his Cossacks are also chasing through S'Gottland at the moment.

Lots of action with small incursions; it's all fun and games until a ruler gets annoyed.

Im a long time subscriber to the psuedo times citizen. I would be honored to be quoted by such an illustrious publication with such leading opinions.

Seems like a lot is going on and I suspect the Tsar of plausible deniability in the case of Col Exorcistski.....look forward to seeing the solo game played out soonest!

Unrest, unrest, and chaos! The good people of Orbajosa are glad there are no Cossacks on their frontiers (yet). However, strange goings on and disquiet in the Basque provinces are distractions while the court seems focused on affairs on the Ocean-Sea...

Yes Peter, the Basque province's always a tricky one ... and the season of the witch is almost upon us.

The Master of Dahara, Kardeef, has dispatched a number of Confessors, Sisters of the Prophets Light and local militia to deal with the interlopers.

He stated that his friend the Great Csar Elmer is in no way responsible for this sad sad turn of events. All offending officers will be returned to Elmer assuming that they survive the Confessors.

What is going on in southern Dahara? Does the Czar really not control his borders?

Can the Kardeef keep control of their coastal provinces?

BTW, welcome Roger to the land of comments! Your reactive forces should make for a busy game!