I think a mention of several mini campaigns were assigned, here is a 'first contact' report of S'Gottland's incursion into the Basque counties of the Orbajosa imperium.

Modeled on the "Peasants are revolting" Dawn's & Deliberations scenario, a column of 'guerillas' are making a tour through a county in a disputed area. It is early on and an isolated outpost is being overrun at Lonely Manner.  The photos tell all that's needed  to know. 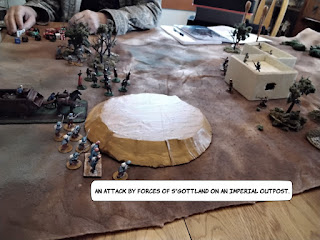 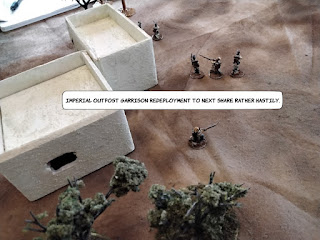 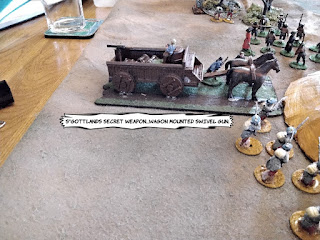 Sa the forces of Gottland move forward, they pick up squads of militia which represent the populace turning out.  These militia will turn into drilled troops or more guerillas, either way making the area less swayed by the small garrisons presently maintained by Orbajosa.
Or will the field  forces of Orbajosa nip the rebellion in the bud and trounce the expeditionary force of S'Gottland?
More to come.
So many  games, so little time.
( Editors note...it has been brought to
my attention that Orbajosa is a kingdom, not an empire. Duly noted,