Hmm, some new stuff in a couple projects

Should be very cold outside today. I lucked out as a doctor's appointment turned into a virtual appointment.....I don't have to physically leave the house. Except to get the paper.

I also get to work on some figures, both 'old' and  new.

Yesterday a box with an order from Reaper came in the mail. Some very good looking sculpts that will add to the Land of Harvest army.  So they are cleaned up, mounted on Popsicle sticks waiting for priming. Photos here. 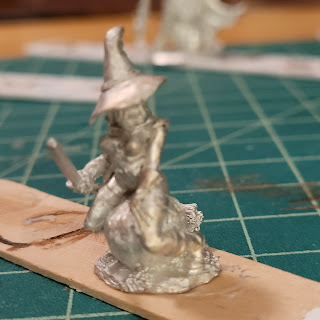 Fuzzy shot of Elise, on pumpkin. 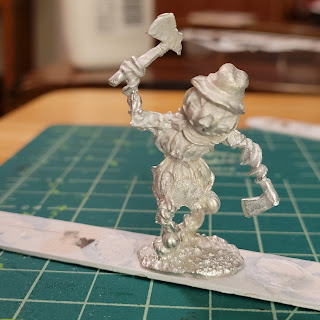 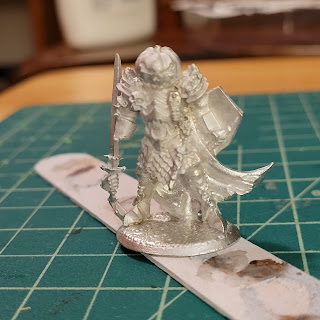 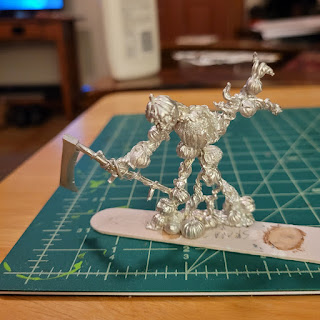 Last, but certainly not least, the Pumpkin Golem!

They join the straw man from the store and all the painted Pumpkins, Mushroom Men and Corn Critters waiting to reclaim fields everywhere. 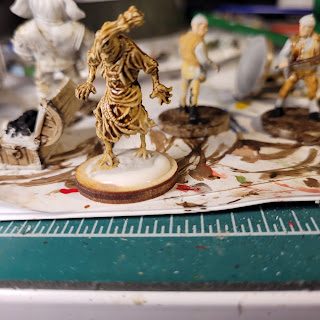 Some other figures got some finish work on their bases, soon to lend their presence to the same army in battle. 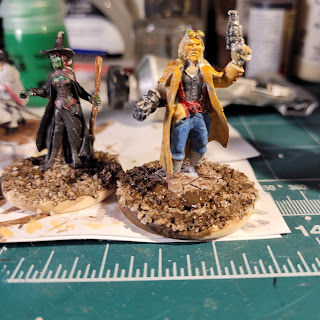 I ordered a few figures from Wargamer U.S. to supplement the AD1666 French and Polish factions. The company sent electronic confirmation the order shipped yesterday....pretty good for a Saturday order.  There are about 30 figures in the AD1666 collection that still need paint.

I still need to assemble several types of vehicles from the micro armor units received recently. The A-9 and ZSU-23/4 are sorely needed to knock out the NATO airstrikes.

And, the ghost figure from the ongoing Mansions of Madness game is screaming for attention. 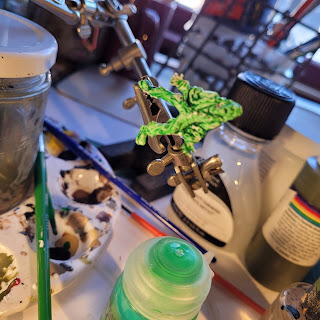 That's a coincidence Joe, as my small order of mainly Reaper figures arrived from Noble Knight yesterday .... As you say, all very nice miniatures. I look forward to seeing what you gave purchased and also the additions to the 1666 collection

The straw man has been dry brushed with a yellow tinted brown, first base coated in a Ceramcoat 'Spice Tan' with an army painter dark tone wash.

The ghost was undercoated white with a citadel technical color "ghost wraith flame" applied at full strength. I am not 100% sold on the result, but I have three more ghost figures to experiment on someday.

The Ozz alternates got their last touches-green lenses to the Lion's goggles and fixed the 'rub off' to the evil witch's hat.

Funny, the last two look better in person, the ghost looks better in the photo.

These are nice additions to your Ozzz project. Looking forward to seeing them with some paint.